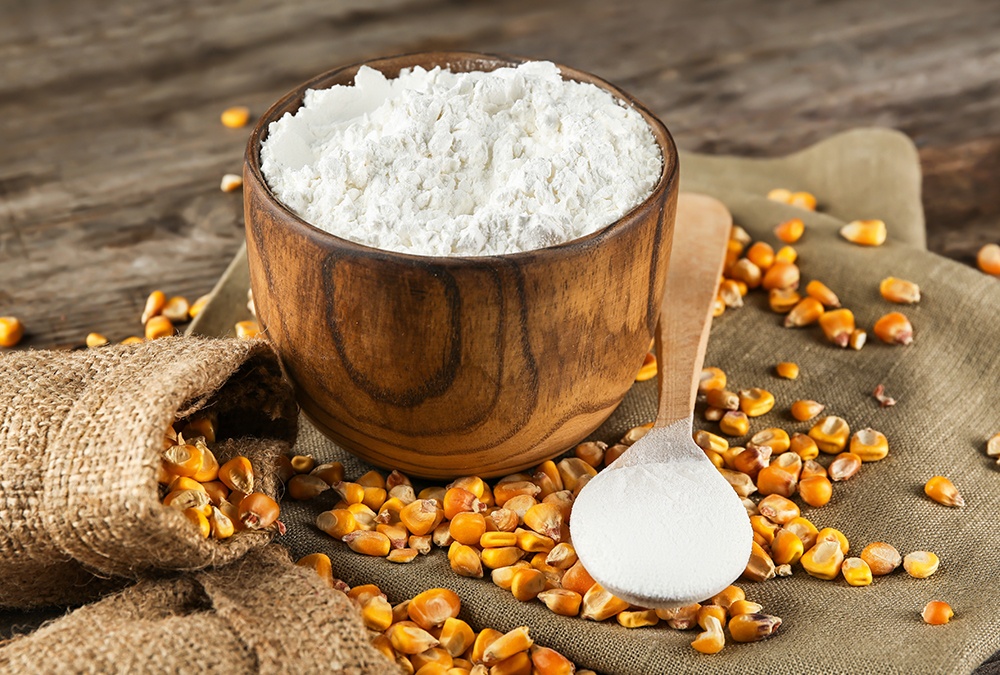 Cornstarch is a common kitchen ingredient, but what happens when the recipe calls for more cornstarch than you have on hand? Now that we mention it, what is cornstarch anyway? And can it be reasonably replaced with an all-purpose flour? And how about a substitute for cornstarch that isn’t wheat-based? We have 12 cornstarch alternatives you can try today.

Cornstarch, as you may have guessed, comes from corn. Specifically it’s the pure starch that is extracted in powder form after removing the outer germ and bran of corn kernels. That means cornstarch comes directly from the starchy endosperm interior of each kernel (no giggling please!).

Cornstarch is sometimes referred to as corn flour and is often used as a thickening agent in pie fillings, soups, gravies, and a great deal of baking recipes. Though cornstarch is made purely of carbohydrates (not even a dash of protein), it is nevertheless gluten free as it comes from corn instead of wheat. That is assuming, of course, that there has been no cross-contamination in the factory that packages it. If you have a gluten sensitivity or celiac disease, you’ll want to investigate the brand practices of cornstarch producers before you purchase. Better yet: consider choosing one of the other gluten-free alternatives on this list.

The Top 12 Substitutes for Cornstarch

If you’re looking for a good cornstarch substitute, look no further than the dazzling dozen we’ve compiled here.

Let’s get this one out of the way: if you’re looking for a substitute for cornstarch because you’ve suddenly run out mid-baking and food allergies aren’t a concern, you can use flour. Made by grinding up wheat until it’s a fine powder, wheat flour has both protein and fiber (which cornstarch lacks), but not everyone can tolerate the gluten in wheat, which is why we’ve included it at the top.

If you can use wheat flour, it’s an easy substitution. Just replace 1 tablespoon of cornstarch with 2 tablespoons of flour. This accounts for the thickening needed and will result in more or less the same effect on your recipe. Pre-mixing your flour with cold water first will help prevent it from clumping, though do keep in mind that whole grain or brown flours have more fiber than white wheat flour, which means you may need more to get the same consistency.

Of course, wheat flour is a no-go for those with gluten issues, so let’s explore other options.

Tapioca starch comes from the South American root vegetable cassava—by grinding up cassava roots, and drying out the results, you’re left with what’s also known as tapioca flour, and it can stand in for cornstarch easily. Tapioca also comes in the form of flakes or pearls (well-known for making tapioca pudding), and, like cornstarch, it is gluten free.

As with wheat flour you’d need to work on a 1:2 ratio of tablespoons of cornstarch to tapioca. The only concern is that cassava has to be treated first to neutralize any cyanide contained in the plant, so be sure to buy from a trusted source.

Made from the tropical Maranta arundinacea plant’s roots, arrowroot powder is another natural thickener with more fiber than cornstarch. It also has a clear consistency when mixed with liquid, making it superior to cornstarch for clear fillings or liquids.

Again however, it takes twice the amount of arrowroot flour or powder to equal the amount of cornstarch called for in your recipe, but it is gluten free and unique enough to be far preferable in certain dishes where a clear thickener makes all the difference.

Made from the seed husks of the Plantago ovata plant, psyllium husk is often found in over-the-counter dietary fiber supplements because it’s great for digestive health as a prebiotic (which feeds your beneficial gut bacteria).

Psyllium husk is also useful in recipes as a thickening agent and as a flour replacement (check out our recipe for crispy Keto Mozzarella Sticks as an example). A soluble fiber, psyllium husk swells when mixed with liquid, so you may want less when it comes to replacing cornstarch in a recipe—start with a small amount and increase until you reach the consistency you’re looking for.

Potato starch is obtained by mashing potatoes to squeeze out the liquid starch within. Once dry, the leftover powder contains no gluten, because while potatoes are carbs, they’re not a grain. That does mean, however, that potato starch is quite high in carbs without much protein content to offset it.

Still, potato starch is largely flavorless and bland-tasting and can replace cornstarch in a perfectly equal 1:1 ratio.

Pro tip: you may want to hold off on adding potato starch to soups until the end of the cooking process because it and other tuber starches tend to absorb water faster than grain starches do, and too much time spent over heat could cause a breakdown that lessens their thickening power.

A vegetable gum made when the bacteria Xanthomonas campestris ferments sugar, xanthan gum is leftover once the gel-like substance of that reaction dries. A little bit of xanthan gum goes a long way in recipes, so start small and keep in mind that too-large amounts of xanthan gum can cause digestive issues in some. You’re very unlikely to accidentally go overboard, as too much in your recipe makes the liquid noticeably slimy.

To see the right amount of xanthan gum in action, check out our Easy Keto Chicken and Mushroom Quiche recipe!

Made by grinding up rice into a fine powder, rice flour is often seen in Asian desserts, soups, and noodle dishes. Another gluten-free option that makes for an easy substitute for every recipe that calls for wheat flour, including in roux and baked goods.

Rice flour is another cornstarch replacement that is colorless and clear when mixed with water. It works best at a 1:2 ratio of cornstarch to rice flour.

Almond flour is made from ground almonds, and while it contains carbs, it also brings all the minerals, vitamins, and beneficial nutrients associated with almonds themselves. Almond flour can replace cornstarch 1:1, though it does have a distinct almond flavor that might be less appropriate for some dishes, but perhaps perfect for nut muffins or cookies.

The only downside: almond flour is not suitable for those with nut allergies.

Flaxseed, like chia seeds and other soluble fibers, absorbs a great amount of water and swells up into a gel-like consistency. Because of that, both flax and chia seeds can serve as egg substitutes in certain recipes, though at the end of the day ground flaxseed is likely to be noticeably more gritty than cornstarch.

Still, the fiber contribution of ground flaxseed offers unique nutritional benefits, and as long as you get the ratios right (1 tablespoon of flaxseed with 4 tablespoons of water equals 2 tablespoons of cornstarch), it will serve as a reliable substitution.

Another vegetable gum just like xanthan gum, a single tablespoon of guar gum replaces the same amount of cornstarch. Made from the starchy endosperm of guar beans (much like cornstarch is made from corn), it’s also generally cheaper to purchase than xanthan gum, making it a more popular alternative.

Made from the roots of konjac plants, glucomannan is all fiber (no carbs or calories), which is why it’s valued for making so-called “miracle” konjac noodles for weight loss. For those on low-carb or keto diets, glucomannan can work to replace carb ingredients and function as a prebiotic for gut health.

Studies show that glucomannan can help reduce dangerous LDL cholesterol, and though you won’t need to use very much as a thickening agent due to glucomannan’s strength (2 teaspoons of cornstarch can be replaced by just a quarter teaspoon of glucomannan), it’s still a health boost.

Able to thicken at very low temperatures, glucomannan can be mixed with cold water first before adding it to your recipe.

You may be wondering, “Isn’t kudzu that fast-growing weed you see on electrical poles along the highway?” Correct! Known as kuzu in Japan, it’s a bit of an invasive species in the U.S., but that doesn’t mean it’s all bad. Using starch made from the roots of kudzu, you’re able to replace cornstarch in recipes, and kudzu starch is particularly adept at being deep-fried.

Another substitute on the list that provides a translucent final product when mixed with water, kudzu may be the last cornstarch replacement you’d ever think of, but many consider it the best they’ve ever used.

There are many replacements available for cornstarch that have unique strengths depending on the recipe you’re working with, but there are some other creative options if you don’t have access to any of them.

Simmering a pot can help evaporate some of the liquid in a recipe, making the overall sauce thicker. Adding puréed or blended veggies can also serve to thicken a stew (bonus: more vegetables in your meal). The same goes for adding Greek yogurt, sour cream, or whipping cream in thickening sauces where they’re appropriate.

While cornstarch is used primarily as a thickener, some of the substitutions on this list go above and beyond just one main use. You may find a new favorite here and say goodbye to cornstarch forever.

How to Boost Your Immune System Against Coronaviru...

Do You Have to Go Full Keto to Benefit from Ketone... 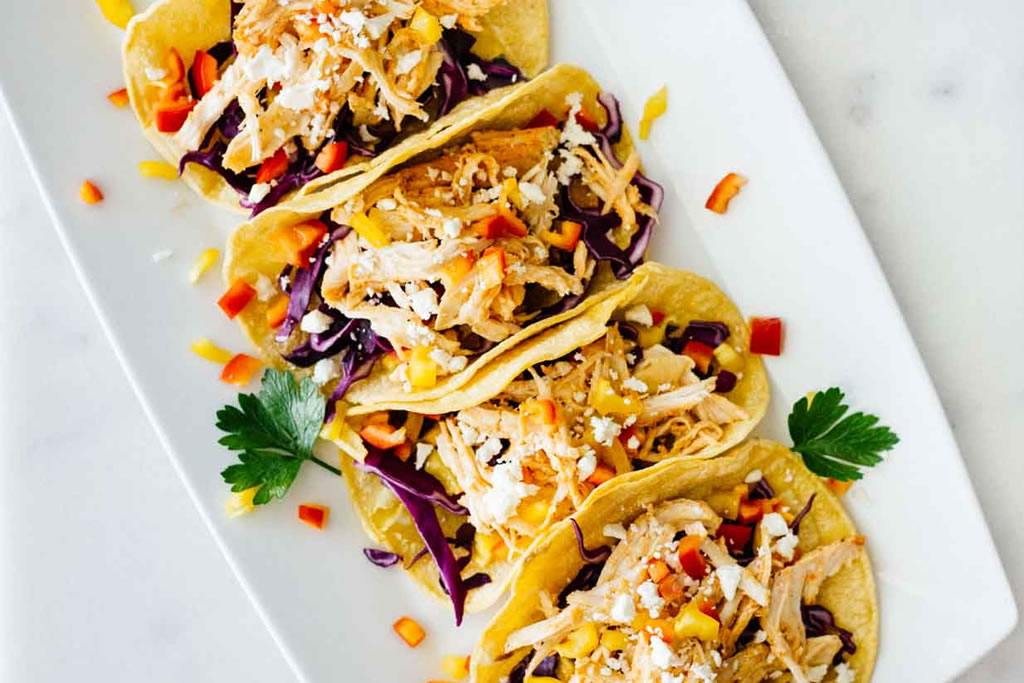 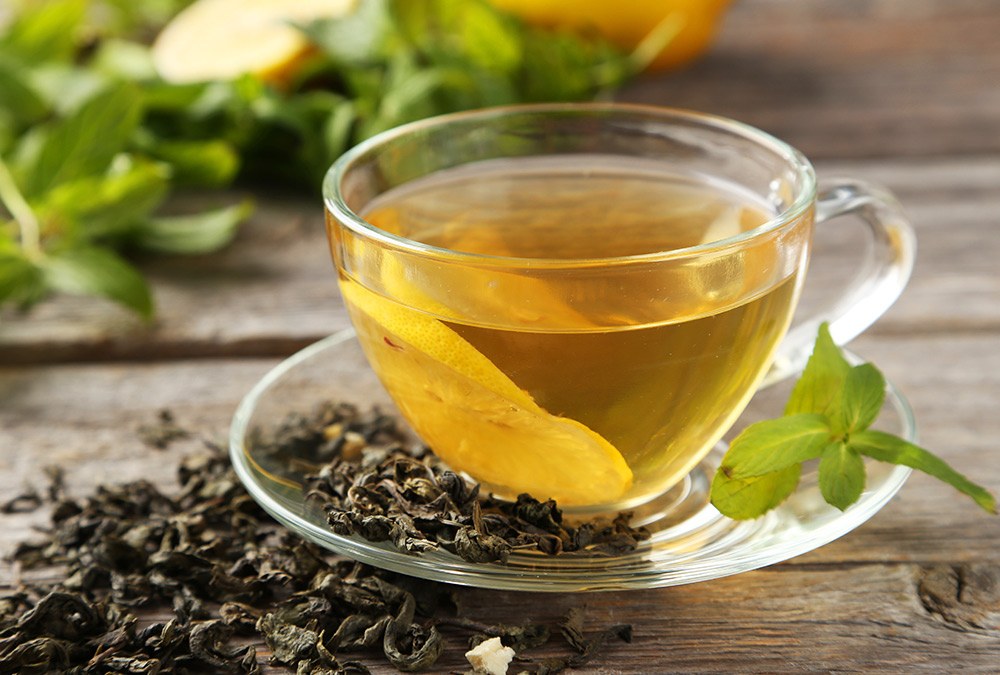 Green tea supplements stormed the market with promises they would help... 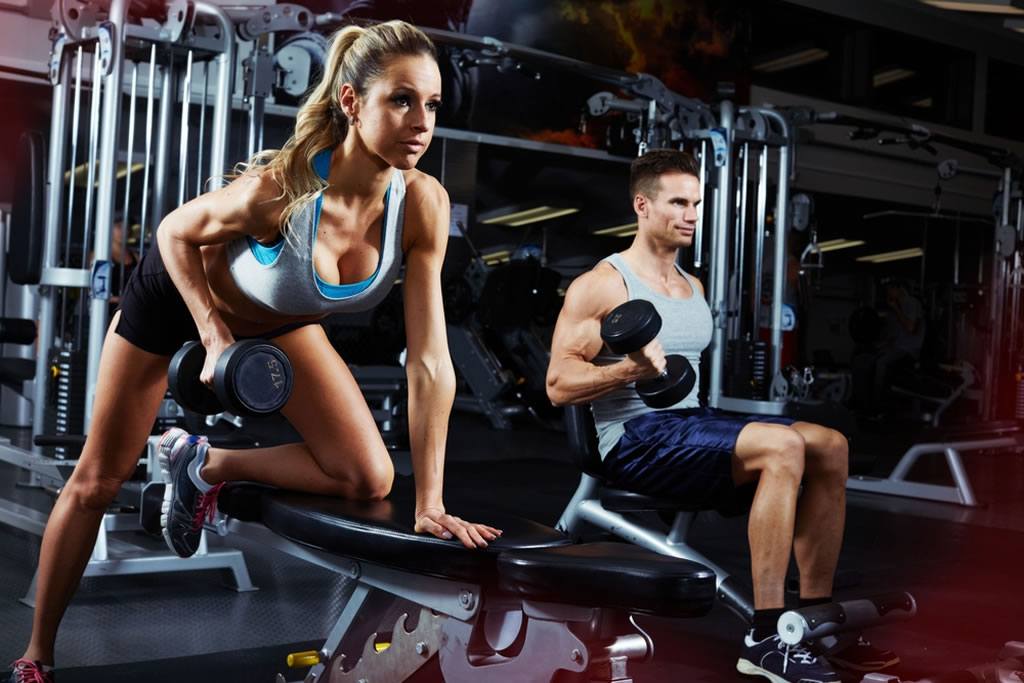 What is HIIT Workout and Why It Is Popular

HIIT workouts are the fastest and most efficient way to get in shape! ...