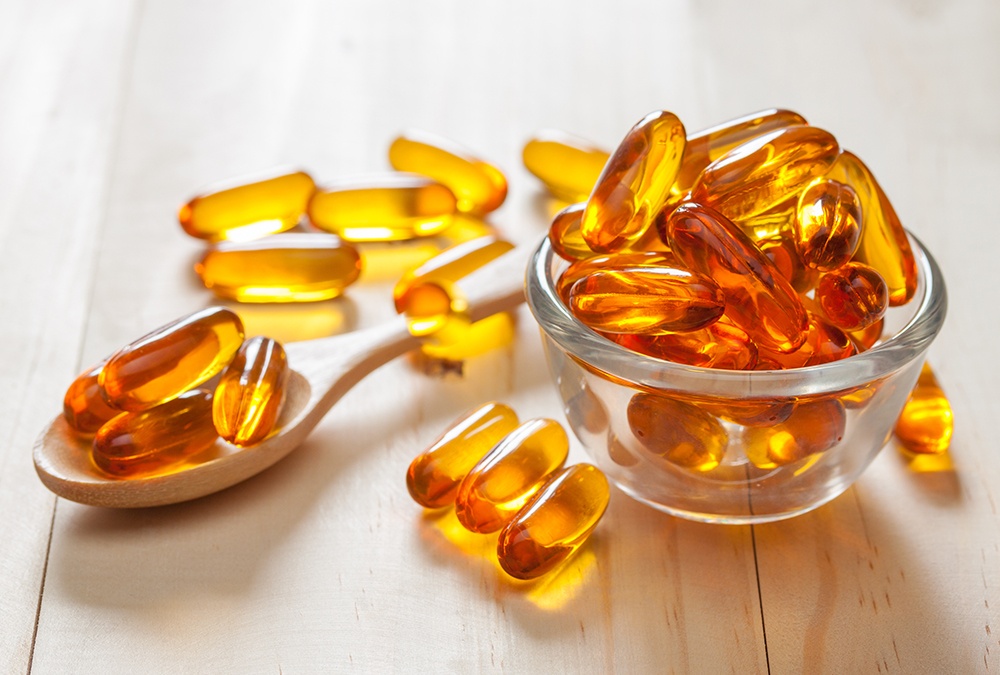 Fish oil is a common dietary supplement that is full of omega-3 fatty acids, and you may be considering adding it to your health regimen. This article will give you everything you need to know, including: what fish oil is (and what it isn’t), a discussion of the scientifically backed fish oil benefits that could make a huge difference in you and your family’s health, plus advice on how to be sure you’re getting a high-quality fish oil supplement.

What Is Fish Oil?

Fish oil is comprised of the fat or oil that is extracted from a fish’s tissue, particularly oily fish like tuna, herring, mackerel, and anchovies. Sometimes it is pulled specifically from the livers of fish (see below for details on cod liver oil), but fish oil is its own unique substance.

The recommended intake of fish is 1-2 portions per week according to the World Health Organization, because the omega-3 fatty acids in fish bring a wealth of health benefits. If you can’t get those fish servings regularly, a fish oil supplement can easily stand in.

About 30% of fish oil is comprised of omega-3s, and the other 70% is comprised of other fats (with some presence of the vitamins A and D included as well). The types of omega-3s that are present in fish oil are greater in health benefits than those found in some plant sources of food.

The omega-3s in fish oil are eicosapentaenoic acid (EPA) and docosahexaenoic acid (DHA), whereas the omega-3 found in plants is largely alpha-linolenic acid (ALA). When compared, EPA and DHA show a higher beneficial influence on our heath than ALA does, and in the Western world, it is even more important to specifically include omega-3 fatty acids in our diets.

In the Western diet, most of our natural omega-3 sources have been replaced by other essential fatty acids like omega-6 sources. This leads to a distorted omega-3-to-omega-6 ratio that contributes to health concerns, including obesity, cardiovascular disease, and breast cancer.

Fish oil is different from cod liver oil, though they’re each oils derived from fish that have very similar fatty acid profiles. While fish oil comes from deep-sea species of oily, fatty fish, cod liver oil comes (as you might have easily guessed) from the cod fish, and was routinely given as a spoonful supplement to children in the 1960s for its vitamin D content. This was especially true in places where long winters lead to a lack of sunlight, like northern Europe and the American northern regions like the Northeast, northern Midwest, and Northwest areas.

Cod liver oil does offer more vitamin D than fish oil does, but also less EPA and DHA omega-3s (about 10% less EPA, and 2% less DHA). If vitamin D insufficiency is a concern you have, low amounts of vitamin D due to lack of sunlight in the winters can also be addressed with vitamin D supplements specifically, or an artificial sun lamp meant to treat seasonal affective disorder (SAD).

Here are just 10 of the top benefits fish oil can bring to your health, according to scientific findings.

In countries like the United States, obesity is a serious health concern, as it can lead to diseases like type 2 diabetes, heart disease, and cancer. Obesity qualifies as having a BMI or body mass index higher than 30, and a growing world population is either overweight or classified as obese.

Fish oil supplements have been shown to reduce the risk factors for heart disease and improve overall body composition in people who are obese. Along with other sound practices like a healthy diet and regular exercise, fish oil supplements may contribute to weight loss.

Studies have found that those who eat a lot of fish have lower rates of heart disease, and there are many risk factors for heart disease that fish oil can influence, including increasing “good” HDL cholesterol levels (though fish oil appears to make little-to-no significant impact on lowering “bad” LDL cholesterol). Fish oil can also help lower triglyceride levels by 15-30%, lower blood pressure, and prevent the hardening of arterial plaque.

Perhaps more amazing is one study that revealed those at risk of fatal heart arrhythmias or heart attack can lower their risk by supplementing with fish oil.

The anti-inflammatory effects of fish oil may help in cases of chronic inflammation by reducing the production of inflammatory cytokines and by reducing joint pain in those with conditions like rheumatoid arthritis.

Being as our brains are made up of close to 60% fat, and much of that fat is comprised of omega-3 fatty acids, it may not be a surprise that fish oil could have some positive influence over brain function. Some mental disorders are correlated with having lower omega-3 blood levels like major depression, schizophrenia, and mood disorders. Studies with fish oil and depression particularly have shown such nuance as finding that EPA may help reduce symptoms more than DHA.

Some research shows that fish oil supplements may prevent the onset or ease the symptoms of certain mental disorders, including psychotic disorders like schizophrenia. High doses of fish oil have also shown signs of reducing the symptoms of bipolar disorder.

Likewise, the risk of diseases such as Alzheimer’s disease due to age-related cognitive decline may be reduced by regular fish intake or fish oil supplementation. It may also help memory in some older adults.

Your eyes rely on omega-3 fats just as the brain does, and evidence indicates that those who lack sufficient omega-3s are more likely to develop eye diseases and age-related macular degeneration (AMD). Eating fish has been linked to reduced risk of AMD, and one small study also found that consuming a high dose of fish oil over 19 weeks even improved vision for AMD patients.

Our skin also contains a high amount of omega-3 fatty acids, levels of which gradually decline in the skin as we age. Several skin disorders have been studied with the application of fish oil supplements, including dermatitis and psoriasis.

It is important for pregnant and nursing women to get enough omega-3s, as they are essential for early development at the beginning of life.

Attention deficit hyperactivity disorder (ADHD) may be ameliorated or prevented with an increase of omega-3s early in life. Hyperactivity, impulsiveness, inattention, and aggression in children have shown improvement when studied in connection with fish oil supplements.

While calcium and vitamin D are needed for bone health, especially as we age and the body begins to break down the minerals in our bones (leading to conditions like osteoarthritis and osteoporosis), the omega-3 fatty acids in fish oil may benefit our bones as well. Having higher levels of omega-3s in our blood is associated with greater bone density, and one small study revealed that fish oil omega-3 supplements were associated with the reduction of bone breakdown markers, which could help prevent bone disease.

Non-alcoholic fatty liver disease (NAFLD) is a condition in which fat accumulates in your liver, inhibiting its normal function. Your liver processes the majority of the fat in the human body, and fat in the liver leads to fat on your frame, and the increased risk of obesity (and all the health concerns that come with it). Fish oil supplements can reduce the symptoms of NAFLD by improving liver function and reducing inflammation, thus improving the health and longevity of your liver.

Fish oil has been shown in a multitude of studies to reduce asthma symptoms in early life, including symptoms of bronchial asthma, exercise-induced asthma attacks, and airway responsiveness. One review found that a woman’s omega-3 intake during pregnancy correlated with a reduced risk of asthma in her children by 24-29%. Taking fish oil supplements during pregnancy help allergies in general and may reduce the risk of allergies in infants once they are born.

With all the benefits in fish oil supplements, how do you go about choosing one for yourself? Use the following as a purchase guide.

Possible Side Effects of Fish Oil

High doses of fish oil should only be taken under medical supervision. For dietary supplements, some side effects may include bad breath, belching, heart burn, loose stools, and nausea, while more extreme reactions could be rash or nosebleeds. For the extreme reactions, discontinue use. For the others, taking fish oil supplements with your meals or freezing them before ingesting often decreases those unwanted side effects.

With so many clinical trials validating fish oil benefits, and more scientific findings discovered every day, it’s worth giving this dietary supplement a try to see what benefits fish oil can bring to you!

10 Tips for Working Out on Vacation 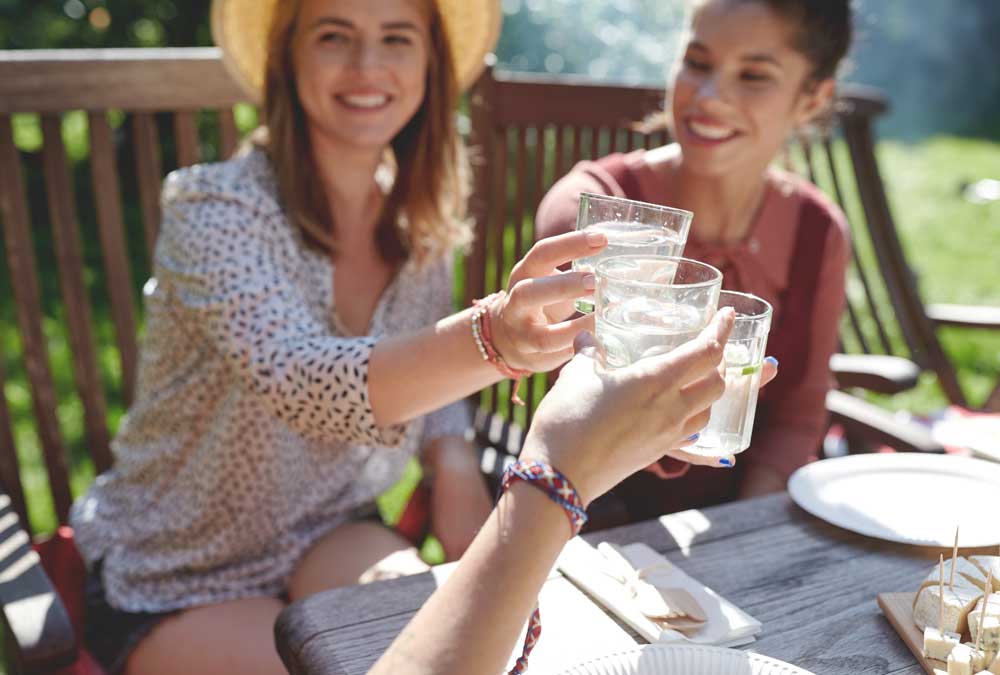 Water is one of the essential components of wellness. Humans are mostl... 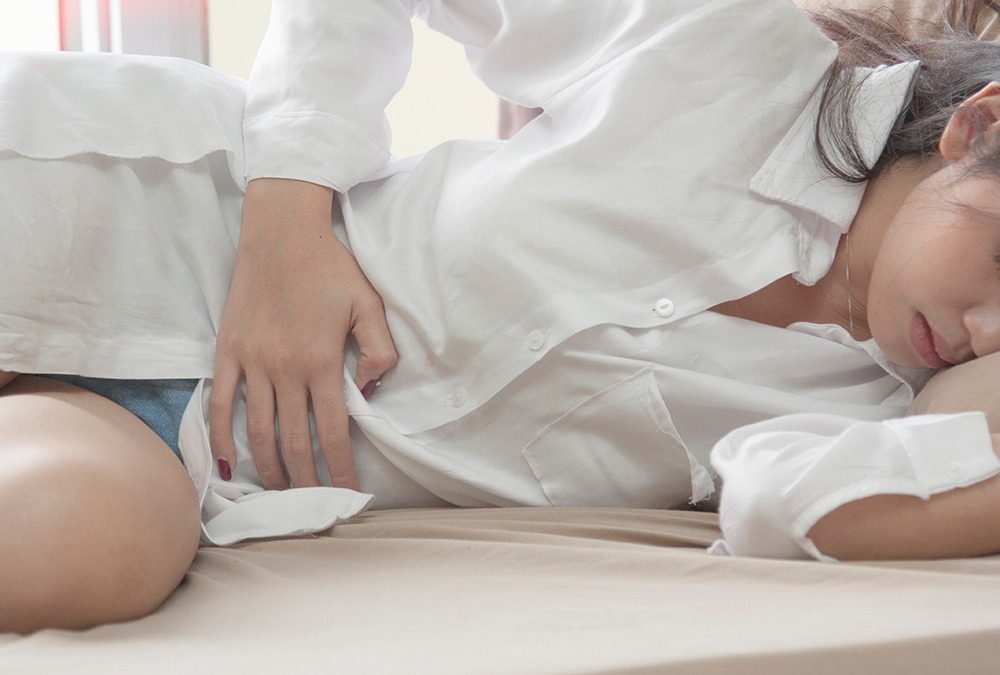 Embarrassed by your persistent belly bloat? It might help to remember ... 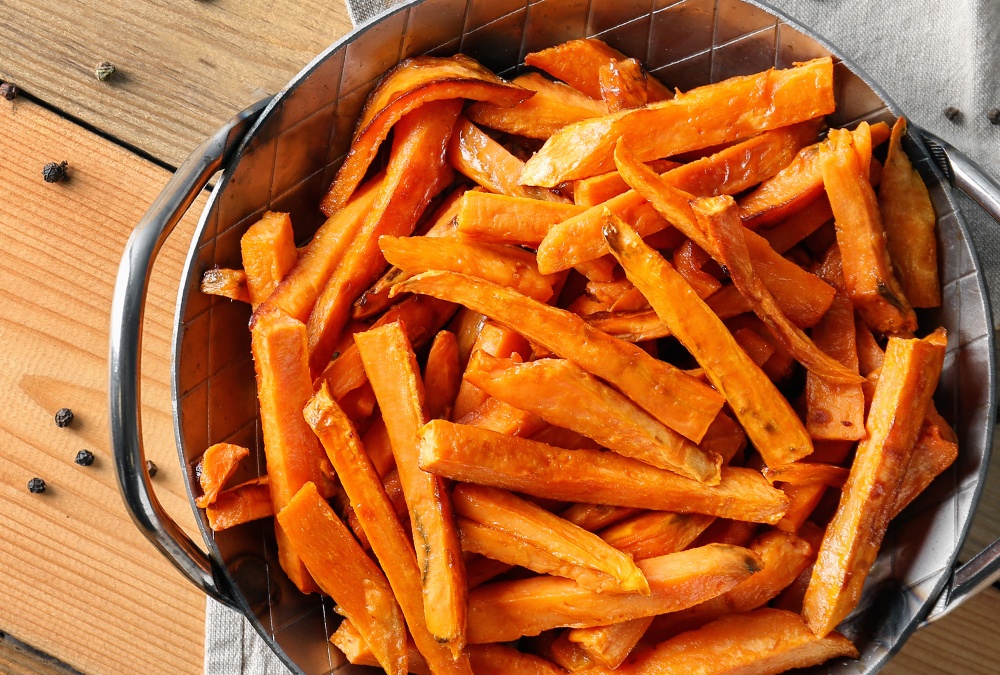 Developing a good understanding of which foods are high carb and...