Keto While Breastfeeding: Is It Safe? 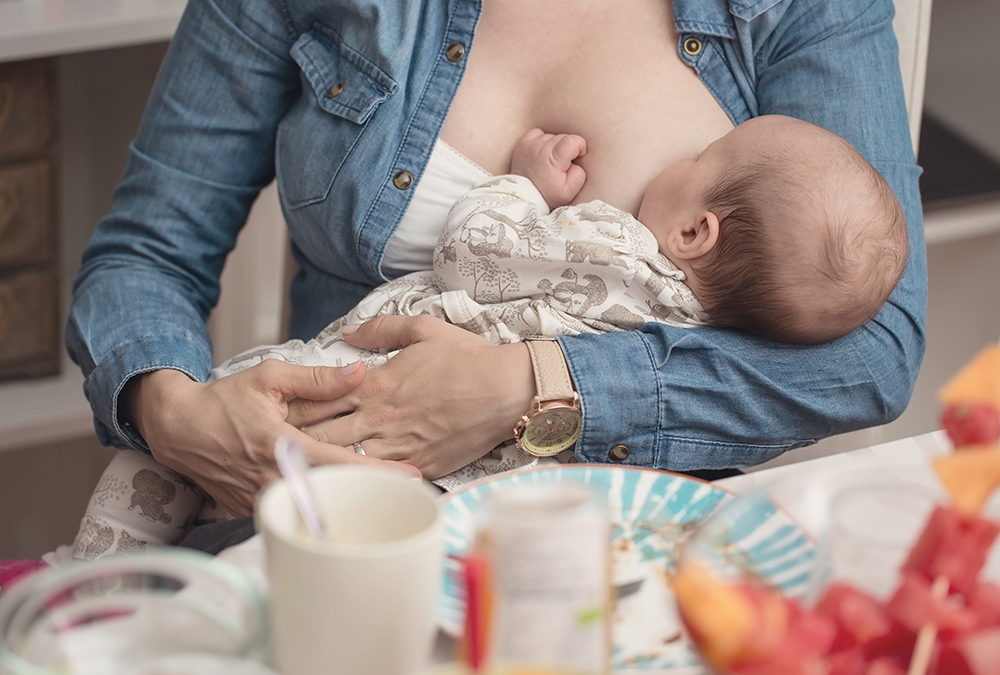 So you’ve just had that new baby and you’re super excited—congratulations! But if you’re like a lot of new moms, chances are you’re also dealing with a bit of extra baby weight you’d like to get rid of. What do you do? You’ve probably heard about low-carb diets like Atkins and South Beach. But now you’re reading all these glowing reviews by people who’ve been following a popular trend in dieting called the ketogenic diet. This low-carb, moderate-protein, high-fat diet promises to drop those pounds in no time. But wait a minute. You’re also breastfeeding. And you know that some things can have a negative impact on both the quantity of your breast milk production and the quality of your milk supply. So you’re rightfully asking the all-important question: is keto while breastfeeding safe?

In this article, we’re going to answer that question and tell you everything you need to know about what following a keto diet means for breastfeeding moms and their infants.

How Does the Keto Diet Work?

Like other low-carb diets, people who follow a keto diet are expected to focus on a low-carbohydrate meal plan. However, whereas other low-carb diets allow a moderate amount of carbs—around 50 to 150 grams a day—a ketogenic diet restricts that number to fewer than 50 grams of carbs.

What’s more, unlike low-fat diets that recommend restricting fat intake to no more than 30% of daily caloric intake, a keto diet emphasizes fat intake more than any other diet currently out there, making it the lion’s share of calories, at a whopping 70% to 80%.

And since fats make up the vast majority of calories consumed each day, protein intake is also low compared with other types of diets.

The body needs a lot of fat to remain in a state of ketosis—the coveted fat-burning mode. This is because evolution designed our bodies to prefer the sugar in carbohydrates for energy and rely on the ketones in our fat only in times of famine.

However, if you remove the majority of carbohydrates from the diet, the body has no choice but to dip into its fat stores. And this leads to weight loss.

But if you’re a breastfeeding mother, what does this drastically different lifestyle mean for you and your baby?

Going Keto While Breastfeeding: What You Need to Know

Even though the ketogenic diet was first created in the 1920s as a treatment for childhood epilepsy, it’s only been the past few years that the diet has gone mainstream. This means that studies looking at the effects of the keto diet on breastfeeding women are quite limited.

However, there are a few things the experts do know for sure.

However, if you’re trying to rid yourself of excess weight gain during pregnancy, you’re not eating that many calories each day. This holds true even if you’re following a keto diet.

Although the ketogenic diet is a high-fat diet plan, and eating more fat naturally keeps you feeling fuller longer, that doesn’t mean you can eat to your heart’s content and still expect to lose weight.

At the same time, restricting caloric intake too much can have negative side effects for milk production.

Ensure you’re taking in at least 1,800 calories a day.

Another factor that can have a significant impact on breast milk production is dehydration.

This is an especially important issue to keep in mind if you plan on following the ketogenic diet while breastfeeding, as maintaining a state of ketosis increases your risk of becoming dehydrated. In fact, dehydration is one of the most common side effects of the keto diet.

Because carbs help your body hold on to water.

For every gram of carbohydrates stored in the body as glycogen, approximately 2 to 3 grams of water is stored as well.

This is why people following low-carb diets tend to lose a lot of weight right off the bat—they’re actually losing water as their bodies burn through their glycogen stores.

So if you’re doing keto and breastfeeding at the same time, it’s critically important that you drink enough water.

For breastfeeding women—who are already recommended to drink at least 13 glasses of water each day—this means ramping up fluid intake even more.

And be sure to keep an eye out for signs of dehydration. Symptoms like fatigue, dark urine, and dry mouth are all signs that water intake needs to be increased.

When you cut down your intake of carbohydrate-rich foods, you may feel it in more than just your waistline.

In fact, the first few days of following a keto-friendly meal plan may actually have you experiencing what’s been dubbed the keto flu.

With symptoms like headache, brain fog, nausea, fatigue, irritability, and insomnia, the keto flu can feel like, well, the flu.

Since your body evolved to rely on carbs for energy, removing most of this supply and replacing it with fats instead can cause your body to go into a bit of shock at first. This is especially true of the brain, which uses more glucose than any other part of the body.

Although the symptoms of keto flu are usually just temporary, there are several documented cases of breastfeeding women developing ketoacidosis while following a ketogenic diet.

Unlike ketosis, which simply refers to elevated levels of ketones, ketoacidosis is a potentially life-threatening situation in which ketones build up to the point where the body’s pH becomes excessively acidic.

While research into the potential risks of breastfeeding and the ketogenic diet are, again, still quite limited, it appears that breastfeeding mothers may be more prone to developing ketoacidosis due to the increased energy demands of lactation.

For this reason, women who choose to follow a keto diet while breastfeeding are encouraged to pay particularly close attention to their hydration—and they need to be sure they’re eating enough carbs.

We all know that good nutrition is vital if we’re to keep our bodies looking and feeling their best. Unfortunately, if we’re not diligent about our choices, restrictive diets like the keto diet can lead us down a rabbit hole of inadequate nutrition.

While poor food choices can have negative health impacts on anyone, when you’re a breastfeeding mom, they can spell disaster for both you and your infant.

So if you choose to follow a keto diet meal plan, keep the following in mind.

Finally, we’d be remiss if we didn’t point out that most experts actually recommend against dieting for breastfeeding mothers. However, as noted earlier, studies on the specific risks and benefits of the keto diet are still few and far between.

But right now, the current evidence suggests that as long as you take in enough calories and nutrients, avoid dehydration, and keep carbohydrate intake at a minimum of 50 grams a day, following a keto diet should be safe for you and your baby.

4 Chemicals in Food to Watch Out For

10 Easy-to-Digest Foods, Plus Which Foods to Avoid...

Whether you vape with flavored vitamins or caffeine products, or you ... 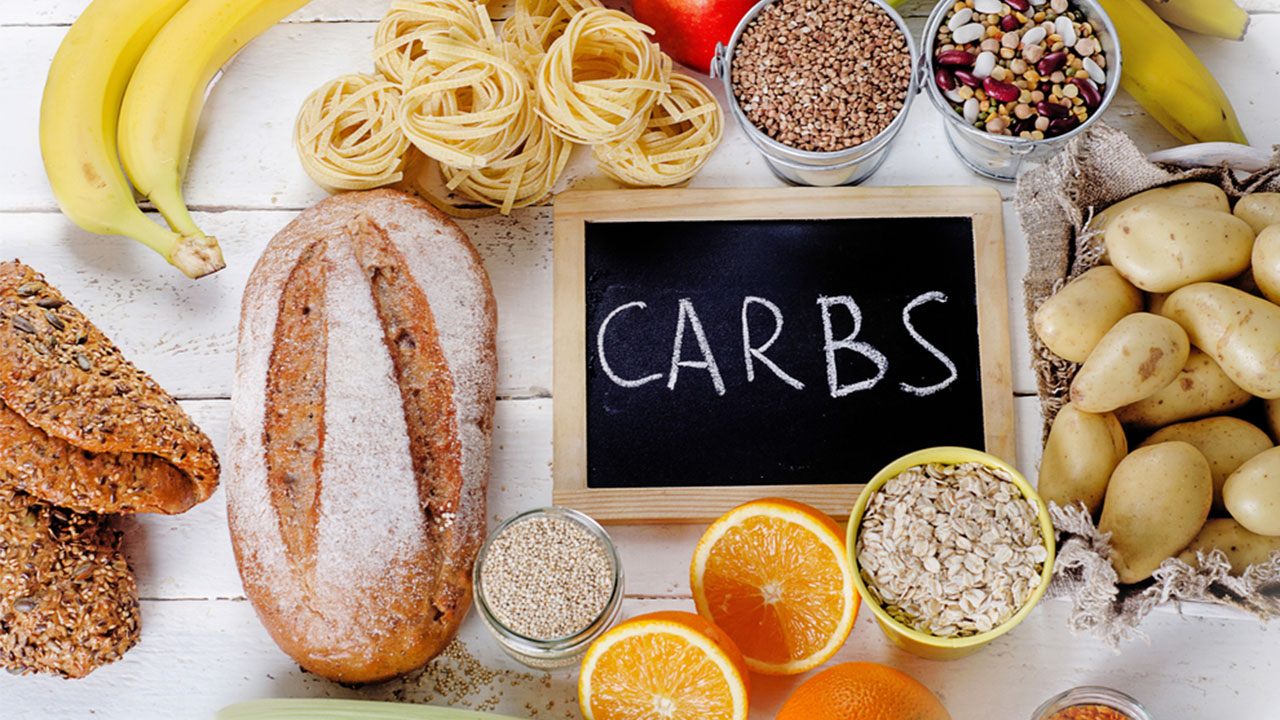 What Are Carbohydrates? All Your Carb Questions An...

What are carbohydrates? What is going on with low-carb and no-carb die... 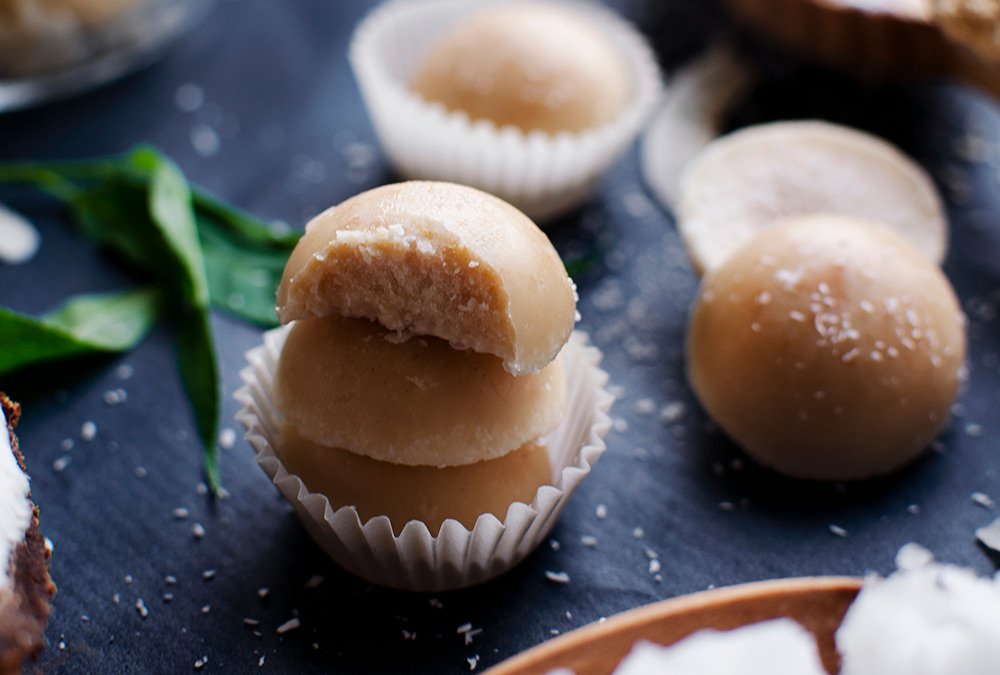