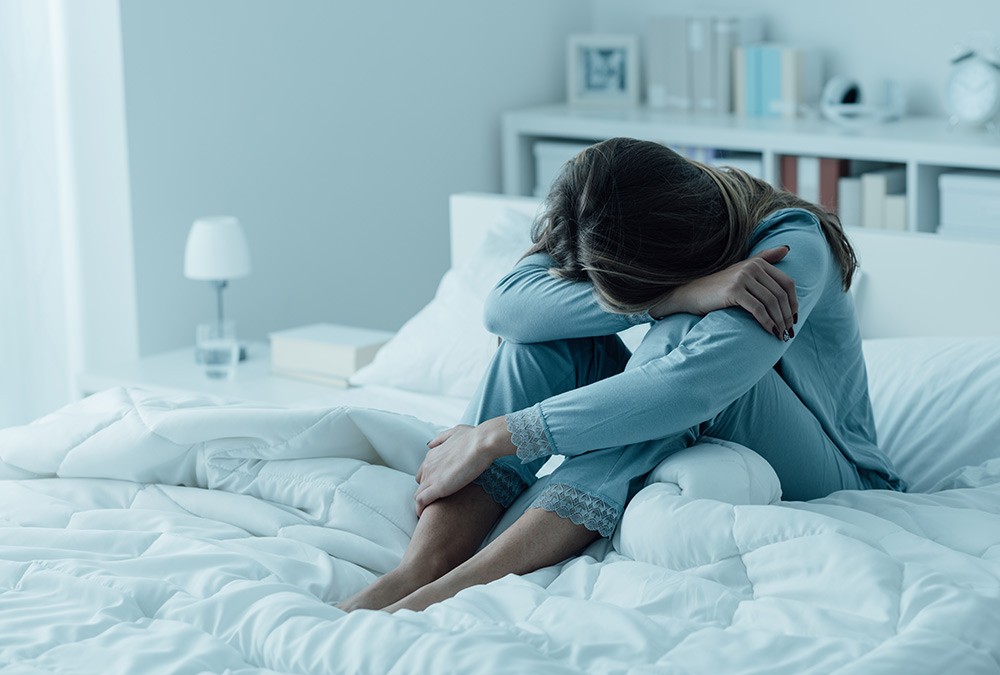 The World Health Organization states that more than 300 million people globally suffer from depression and that depression is the leading cause of disability. Depression entails more than just feeling sad. It’s a serious medical illness that affects your actions, thoughts, and emotional well-being. An online depression quiz may give you some insight into your current mental state, but it is not a replacement for talking to a psychologist or psychiatrist.

Major depressive disorder is the official medical term for depression. Depression doesn’t discriminate based on age or race, but it may affect women more than men. In fact, according to the American Psychiatric Association, as many as one-third of women will have a major depressive episode during their lifetimes.

The official depression definition states that depression is a mood disorder that causes “a persistent feeling of sadness and loss of interest.” Depression may also be referred to as clinical depression. Symptoms of depression can range from mild to severe, and some people may have trouble finding motivation and connecting with loved ones. 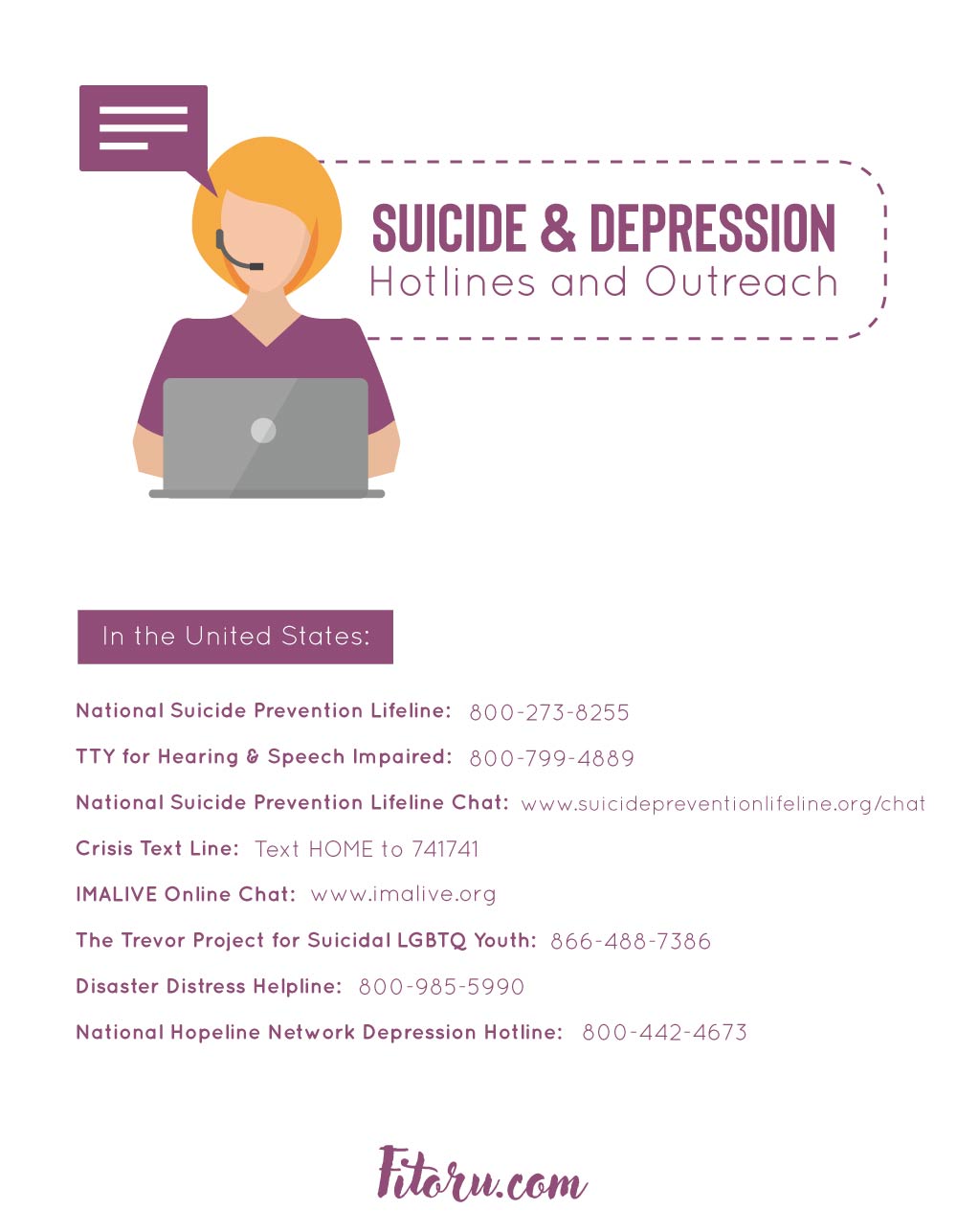 The National Institute of Mental Health notes that depression can take different forms and present as different symptoms. Here are seven of the most common types of depression.

Persistent depressive disorder, or dysthymia, occurs when depression symptoms last two years or longer. In some cases, the severity of the depression may waver, but the actual feelings of sadness persevere.

Postpartum depression was once called “baby blues” much to the disservice of women across the globe. After giving birth, women can experience major depressive disorder that causes extreme feelings of anxiety, exhaustion, and sadness. Postpartum depression can make it difficult for new mothers to care for themselves and their babies.

Disruptive mood dysregulation disorder, or DMDD, is a childhood mood disorder that results in heightened and frequent eruptions of anger, irritability, and “intense temper” tantrums. Symptoms of DMDD include verbal or behavioral outbursts that occur several times per week and last for 12 months or more. DMDD is a relatively new diagnosis according to the National Institute of Mental Health and requires a diagnosis and proper treatment. Children with DMD have an increased risk of developing depression and anxiety disorders as adults.

Premenstrual dysphoric disorder, or PMDD, can cause disabling symptoms—both physical and mental. The symptoms often occur 7 to 10 days before menses begins and last the first few days. The emotional symptoms include extreme hopelessness, sadness, moodiness, anxiety, tension, and marked irritability. If you have underlying depression and anxiety, you are at a greater risk for PMDD.

According to Harvard Medical School, depression can be caused by a number of factors, including:

Signs of Depression in Teens

Be mindful of emotional changes in your teen if he or she:

Depression can take many forms and cause a variety of symptoms beyond sadness.The Anxiety and Depression Association of America lists the following as common symptoms of a major depressive episode.

If you are concerned that you may be clinically depressed, you can take one of the online depression tests below. Please understand that these tests cannot give you a definitive diagnosis of depression. Visit your physician or a licensed mental health provider for an accurate diagnosis and to rule out any underlying conditions that may be causing depression symptoms.

Depression is a serious medical condition and treatment must be overseen by a qualified physician, psychologist, or psychologist. The following natural remedies may be helpful in boosting your mood in conjunction with professional treatment in the form of medications and talk therapy.

The gut-brain axis is much discussed in relation to gut health. But now, researchers know that poor gut health also affects mood and can cause depression. In a systematic review of randomized controlled trials, researchers found that taking probiotics significantly reduces depression scores in those under the age of 60. The systematic review contained a variety of doses. For best results start with 50 billion CFU a day and add probiotic-rich foods like kefir, yogurt, and kimchi to your diet.

Researchers from the Western Australia Centre for Health & Aging have found through a systematic review and meta-analysis of randomized placebo-controlled trials that vitamin B12 and folate supplements are helpful for long-term management of depression. The review, published in the journal International Psychogeriatrics, notes that short-term use of supplements does not improve adult depression symptoms in those under treatment with antidepressants—but that prolonged use of vitamin B12 and folate may decrease the risk of relapse.

Magnesium is one of the most critical nutrients in the human body. It supports the proper functioning of many systems, such as the cardiovascular and endocrine systems, as well as brain biochemistry. Magnesium deficiency has long been recognized as a potential cause for depression, and now researchers have identified that magnesium supplements may enhance the efficacy of conventional antidepressants.

Being physically active helps to reduce stress and temporarily boosts endorphins—the ultimate feel-good hormones. And research shows that regular exercise may help the brain “rewire” itself in a way that boosts mood.

According to Harvard Medical School, low-intensity exercise sustained over time spurs the release of growth factors in the brain that cause new connections to be made. Neuroscientists have noticed that the hippocampus in the brain experiences improved nerve cell connection with regular exercise, which can help relieve depression. Aim for 30 minutes or more of exercise at least three days a week, preferably five or more days a week.

Yoga is recognized as a stress-relieving and mood-boosting activity. Research now supports yoga as a complement to traditional depression treatments. Scientific studies vary in the scope of participants, the type of yoga practiced, and the number of times per week yoga is practiced. Here are highlights from recent studies on yoga and depression:

As mentioned above, a vitamin D deficiency is linked to seasonal affective disorder, but a deficiency in vitamin D may contribute to other types of depression too. Aim for at least 15 to 20 minutes a day of sunshine on your skin, without sunscreen.

If you are depressed and in crisis, reach out to a depression hotline via phone, a crisis text line, or through an online chat—you are not alone.

If you are a parent and are concerned about your young child or teenager, talk to your doctor immediately. Depression is treatable at any age. Depression symptoms in children and teens can differ significantly from depression symptoms in adults. If you are concerned about your adolescent or teen, look for these changes in behavior as they may be signs of depression: 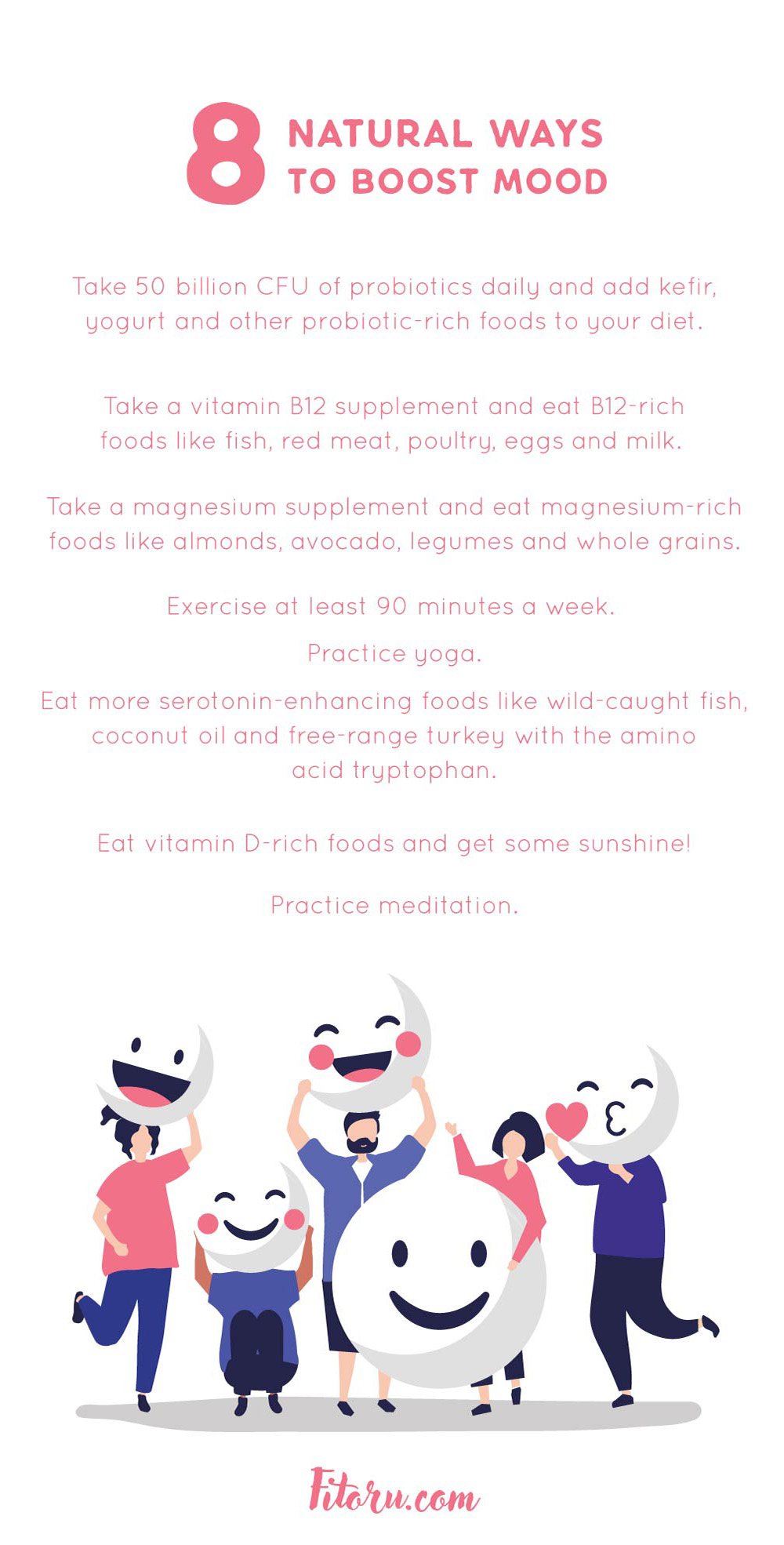 5 of the Best Cucumber Benefits for Hydration, Wei...

Ketosis Pills: How to Skip Keto Flu and Supplement... 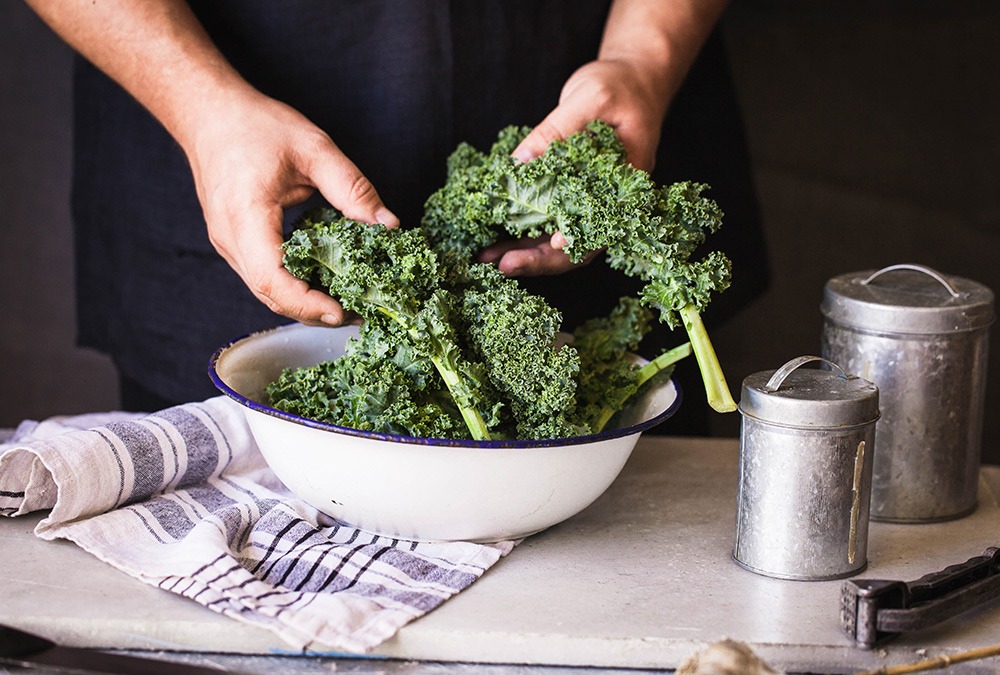 Why You Should Still Care About Kale Health Benefi...

We collectively crowned kale “the queen of greens” years ago. By t... 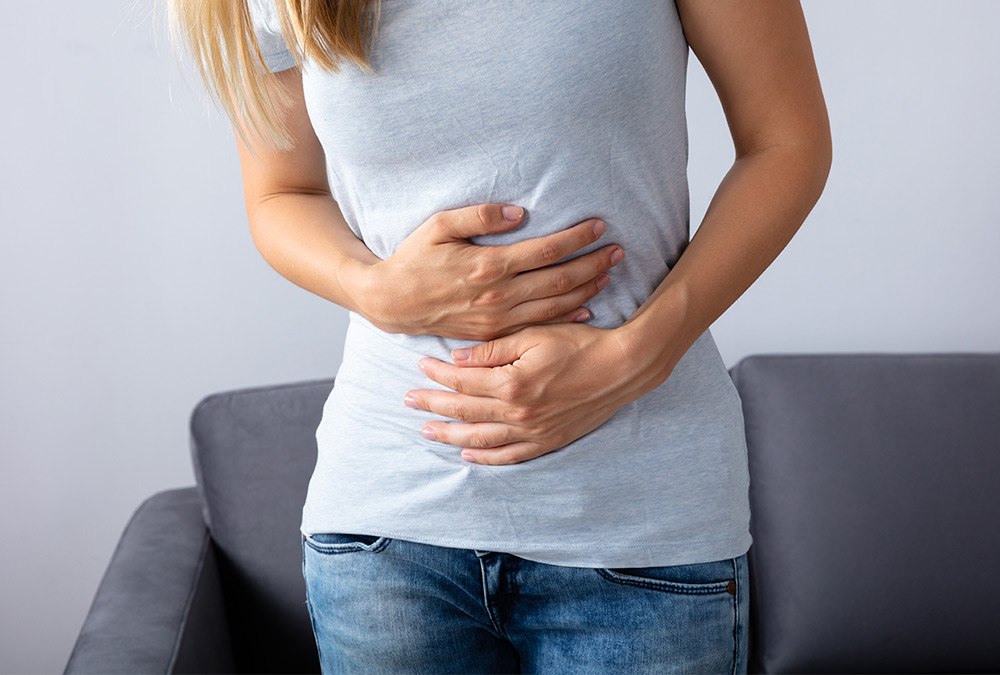 If you are interested in switching over to a ketogenic diet, you’ve... 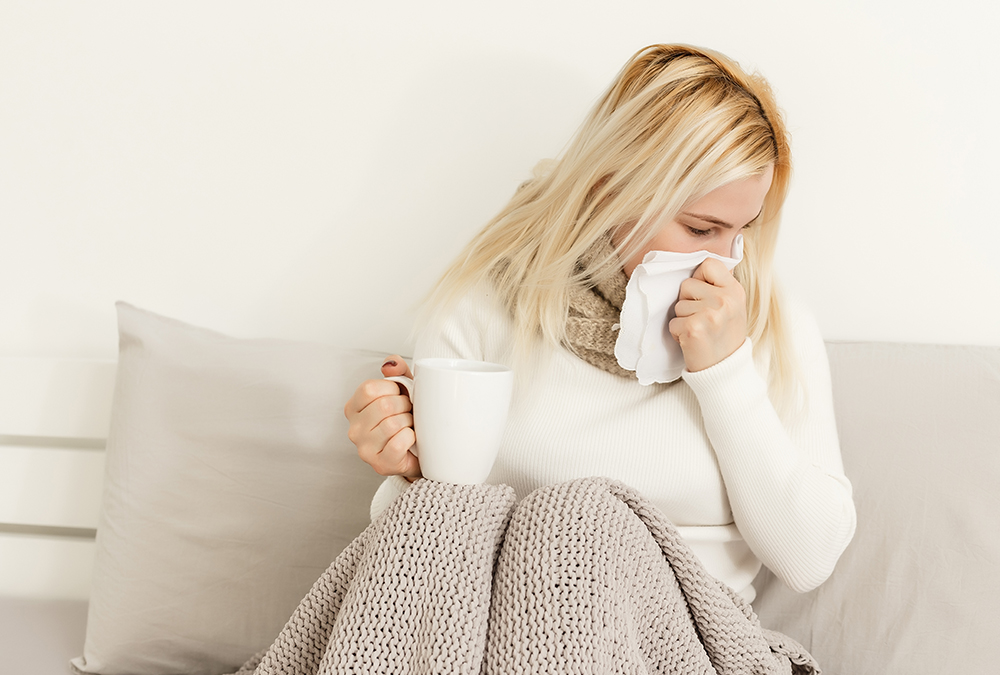 Keto Flu and Coronavirus Symptoms: How to Tell The...

The keto diet is synonymous with keto flu. Browse any social media ou...