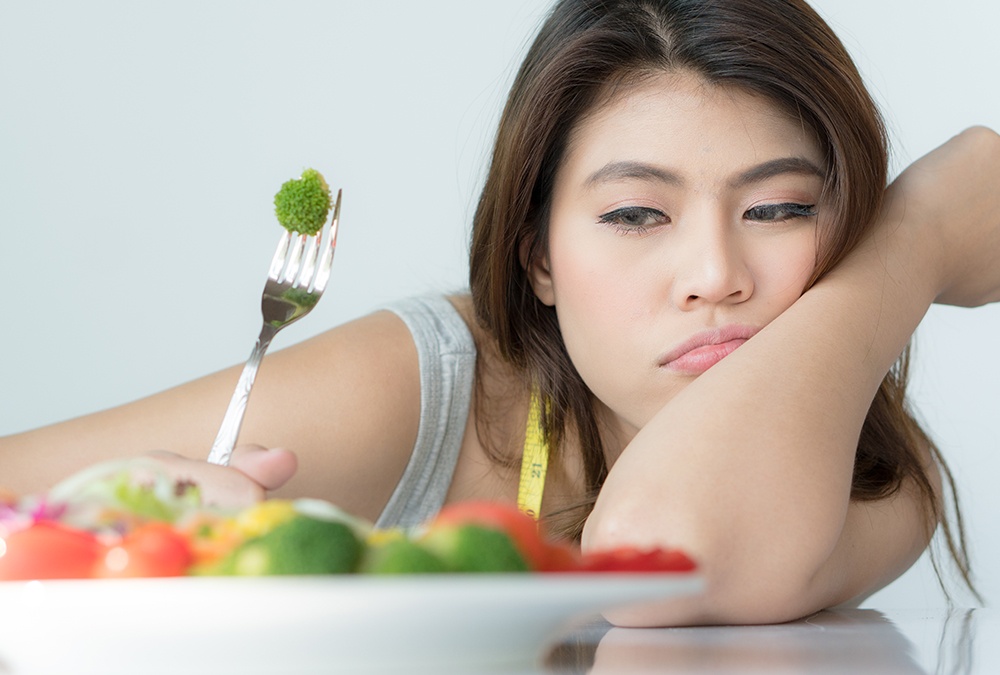 When you think of eating disorders, you probably think of unhealthy eating. Anorexia nervosa, for example, causes abnormally low weight and often entails malnourishment and an unhealthy obsession with controlling food. Bulimia nervosa is characterized by compulsively binge eating foods and then attempting to purge them to avoid weight gain. What then is orthorexia nervosa? It’s an eating disorder typified by an obsession with eating healthy food. This article has more details on the line between being health-conscious about one’s food choices, and experiencing disordered eating to the point that it is detrimental to one’s well-being.

What Is Orthorexia Nervosa?

Orthorexia nervosa (or just orthorexia) is an eating disorder involving an unhealthy obsession with healthy eating. It is distinct from anorexia and bulimia in several ways, the first of which is that this disorder focuses on food quality, not the quantity of food or the fixation on losing weight. Orthorexia instead involves an extreme focus on food “purity” and the promised benefits that come from healthy eating.

Although it is as of yet not an official medically defined eating disorder by the Diagnostic and Statistical Manual of Mental Disorders (DSM-5) or the American Psychiatric Association, it is nevertheless being taken seriously by the medical community ever since being identified by American physician Steven Bratman in 1997, who coined the term orthorexia from the Greek word “orthos” which means “right” or “correct.”

What Is the Cause of Orthorexia?

As with any eating disorder, there are multiple risk factors at play. It’s not as simple as discovering a new healthy fad diet and becoming too enthusiastic. It’s a much longer process wherein what often begins as a healthy motivation to eat better by choosing whole foods and clean eating becomes so obsessive it starts to interrupt your life and impede your health.

Because recognition of this condition is still so new, research is rather sparse. However, obsessive-compulsive disorders or tendencies are known to be a contributing factor, as are any previous or currently existing eating disorders.

Other high risk individuals are those with high anxiety, control issues, or a tendency for perfectionism, or whose health is part and parcel of their careers. For example, athletes and ballet dancers, dietitians and healthcare workers, and even professional musicians have been found to be at higher risk of developing orthorexic habits and disorders.

Other potential risk factors may include age, education level, socioeconomic status, and gender, but more research is required before a consensus can be reached, as there are still evidence gaps in the scientific literature.

With so little literature in existence on the subject, it can be difficult at times to differentiate between orthorexia nervosa and a more normal and healthy preoccupation with eating well. First of all, the diagnostic criteria is not yet consistently agreed upon, and what’s more it requires confirmation that the obsessive thoughts and behaviors regarding food negatively impact the physical, social, and/or mental health of the patient.

In instances where an obsession with eating “pure” food prevents everyday activities like eating out with family or friends, or causes unhealthy weight loss, then it is a case of an eating disorder. When negative effects like these are taken into account, the rate of orthorexia nervosa cases drops down to less than 1% of the overall U.S. population, which is similar to the rates of bulimia and anorexia diagnoses.

The Warning Signs of Orthorexia

The signs of orthorexia that lead to official diagnosis (as defined by Dr. Bratman and Dr. Thomas Dunn) include the following 2-part criteria.

1. An Obsessive Fixation on Healthy Eating

What typifies an obsessive or overly emotional relationship with food choices are:

The other diagnostic aspect of orthorexia nervosa has to do with destructively compulsive behaviors that lead to:

The symptoms of orthorexia that might be identifiable to you or a loved one according to the National Eating Disorders Association include:

The Dangerous Effects of Orthorexia

Undiagnosed and un-dealt-with orthorexia could lead to negative effects in several different areas.

How to Overcome Orthorexia

Just like with any starvation or binge-eating disorder, orthorexia can lead to serious consequences. The first step to overcoming orthorexia is to recognize the behavior and fixations as unhealthy. The second step is to ask for help from a personal friend or family member, and ideally from a health professional like a doctor or a therapist.

It may be hard to consider overly healthy eating behaviors as dangerous, but when one’s food intake begins to take up all of one’s time and thought processes, or becomes severely limited only to health foods deemed clean or pure enough to meet perfection, it’s a real issue.

Eat well, but don’t let eating well consume you. If you or someone you care about seems unhealthily fixated on healthy eating, ask for help from a trusted health care professional.

What Is Deep Tissue Massage and Should You Do It?

Episode 2 – Does Coffee Break a Fast?

How to Lose Back Fat 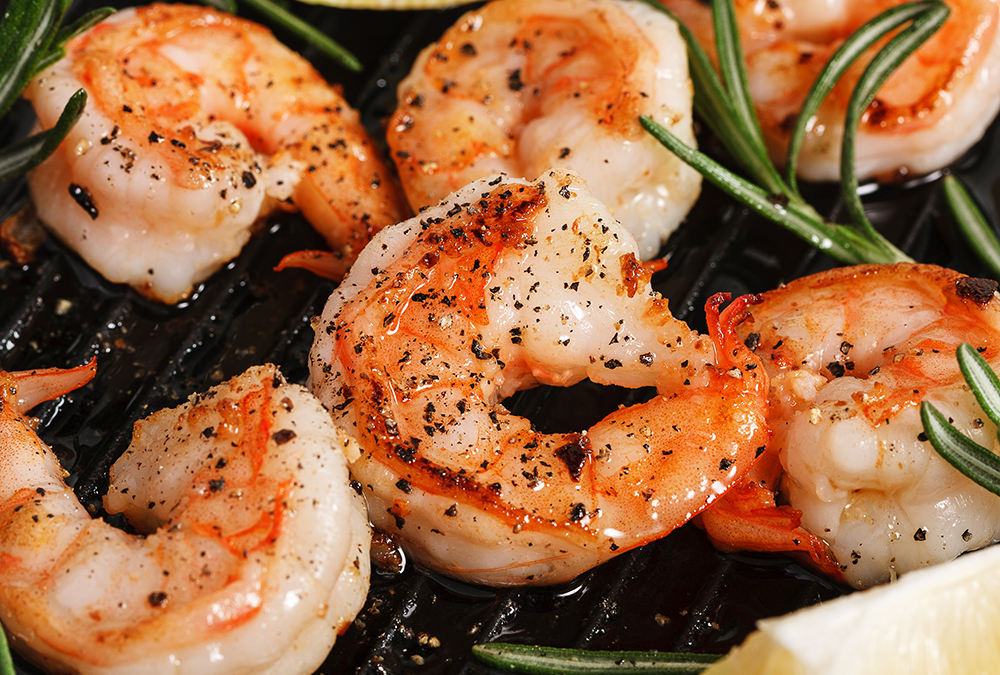 Love shrimp but wondering whether you can eat shellfish when you're f... 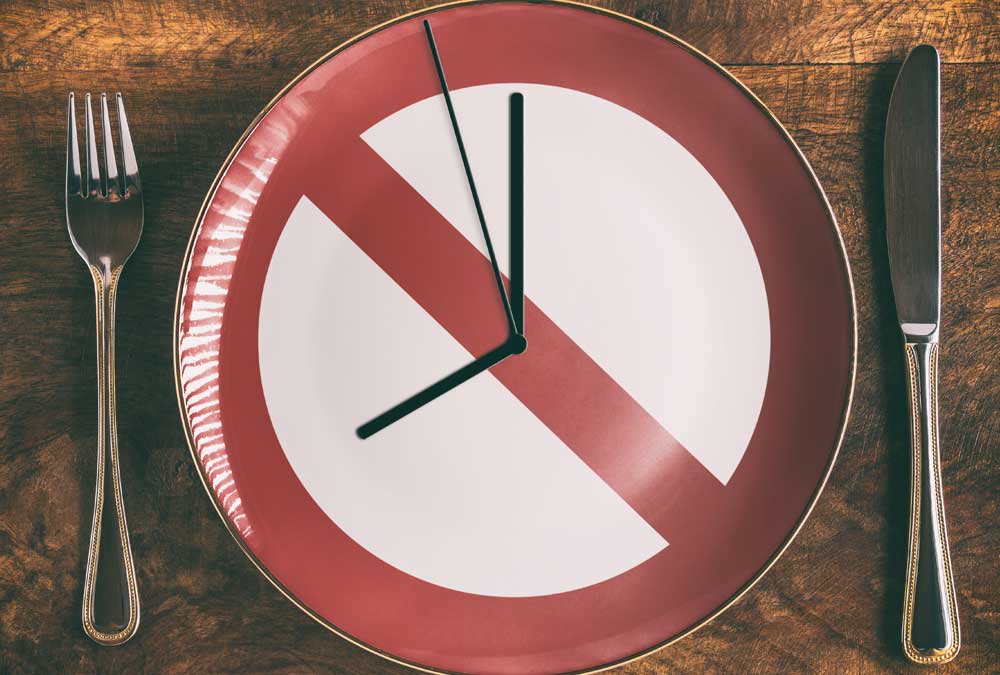 Whether you are an intermittent-fasting aficionado or someone who is t... 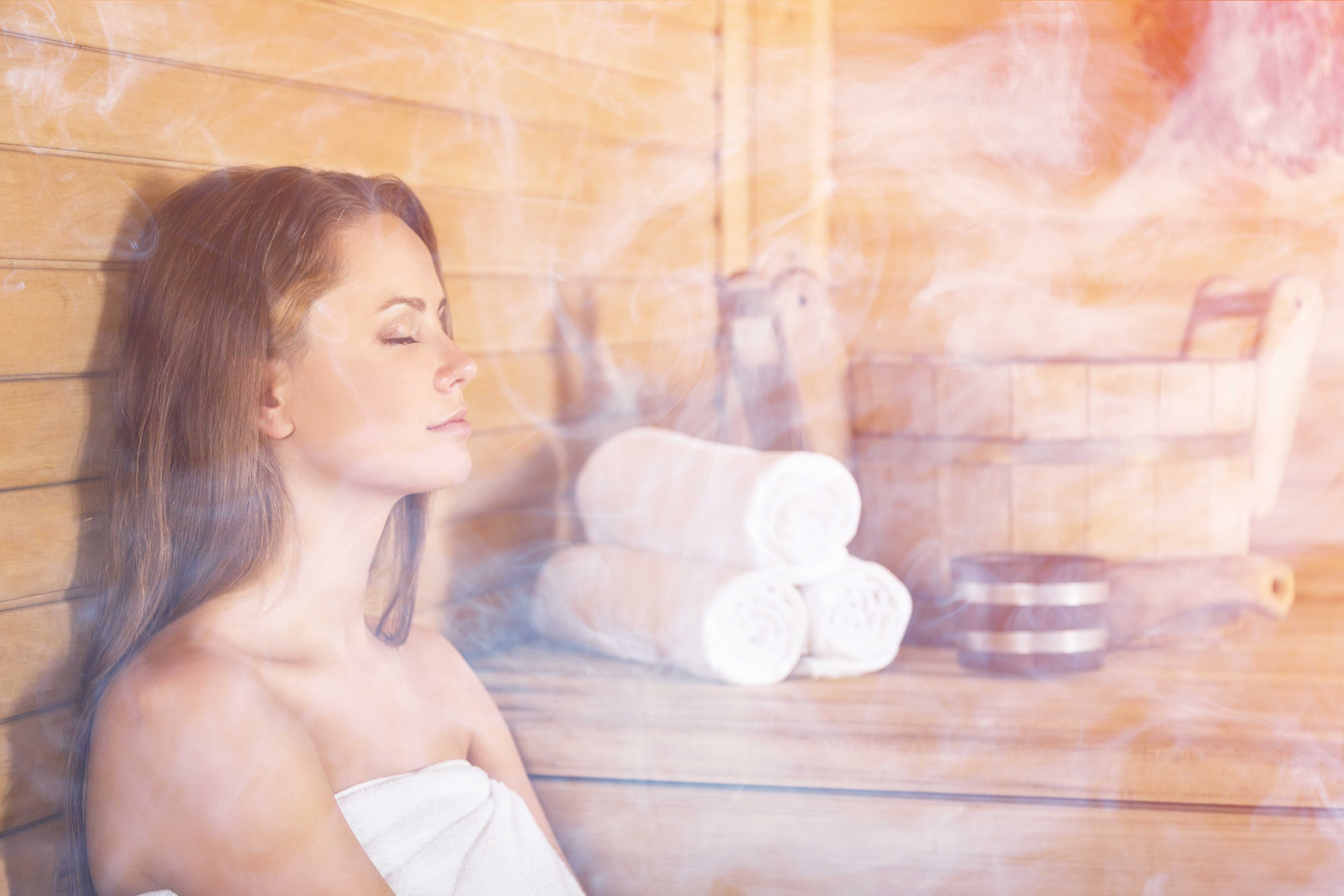 Did you know that steam therapy can help you achieve your workout goal...