Why Egg White Calories Get So Much Attention 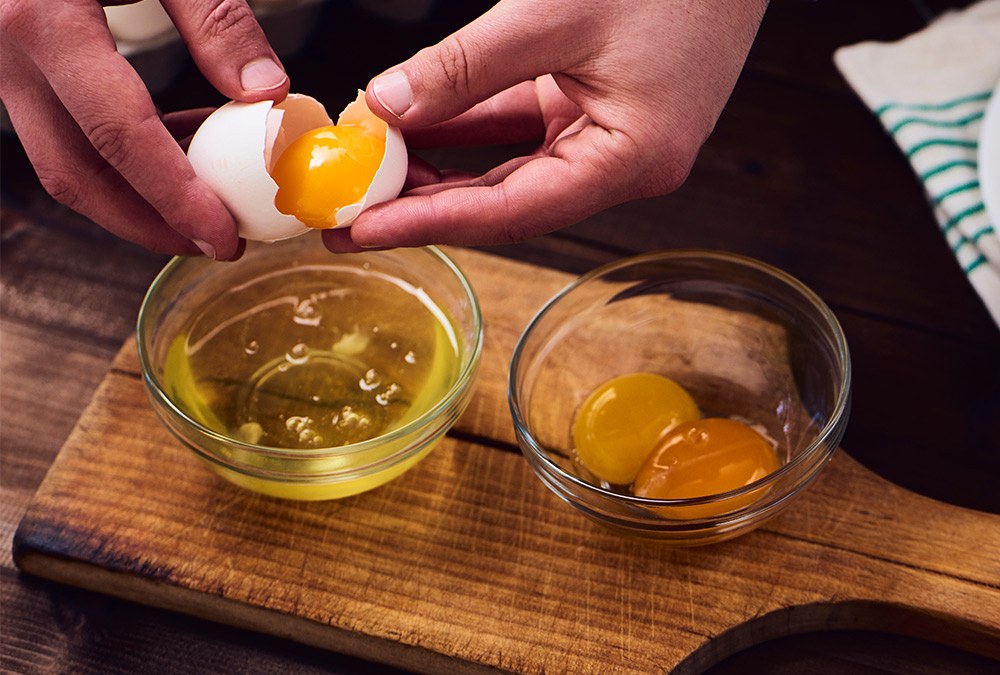 If you scan to the “healthy option” or “fit choice” section of any menu, you’re pretty much guaranteed to find at least one dish made with egg whites. You know what we’re talking about: the Egg White and Roasted Red Pepper Sous Vide Egg Bites at Starbucks, the Egg White Flatbread at Dunkin’ Donuts, and the Egg White Vegetable Omelette at IHOP. If we had to pick one reason why egg whites have become such a healthy eating staple, we’d say this: it’s all about egg white calories.

To get a little more specific, the popularity of egg whites comes from their crazy calorie-to-protein ratio. A single serving of egg whites contains 3.6 grams of protein and just 17 calories. Pretty impressive, right? The thing is, there’s not much to egg whites beyond protein. So is it time to bid the fluffy (and let’s be honest, pretty flavorless) whites adieu and go back to eating eggs in their entirety? 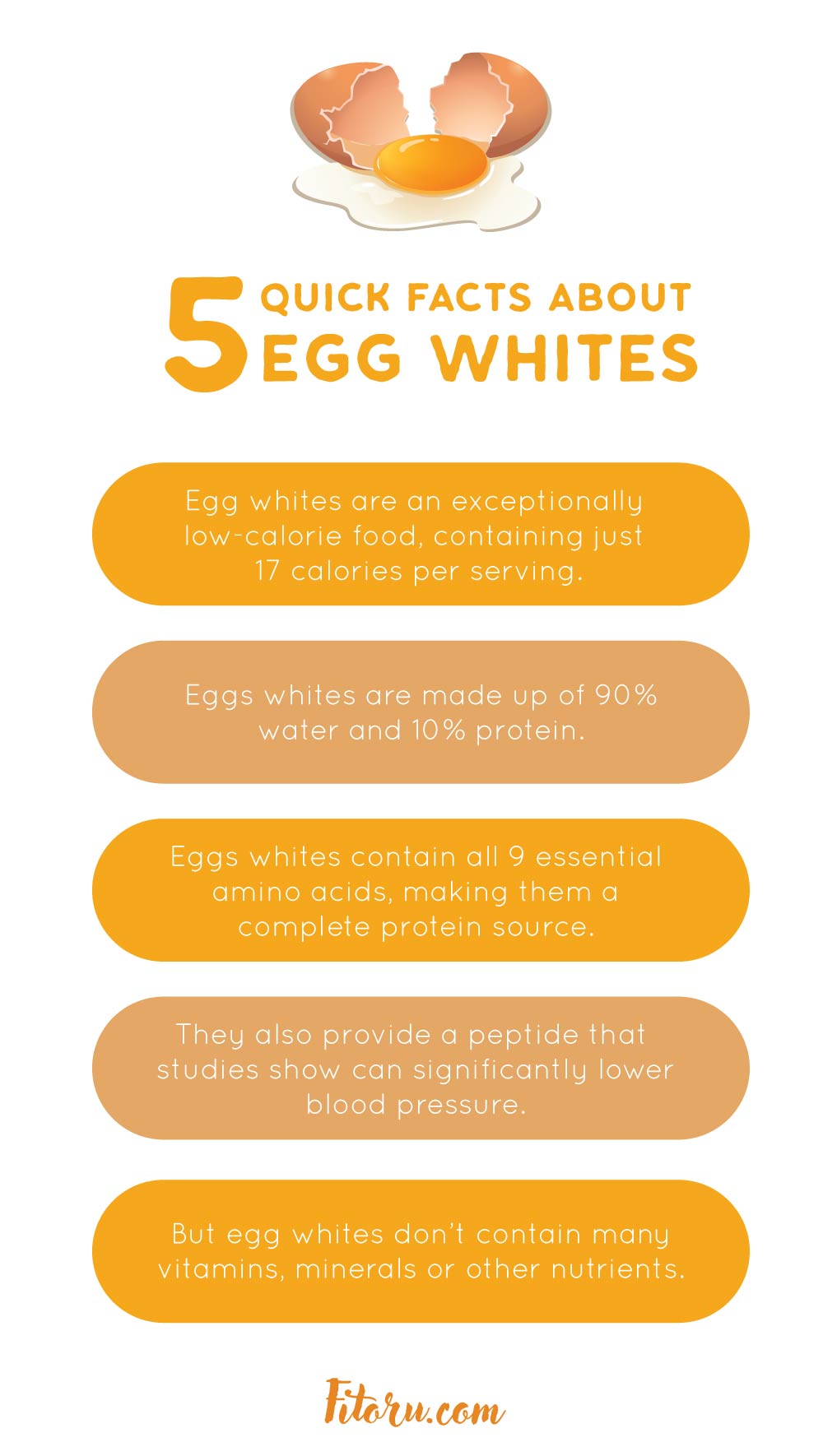 Egg whites are the thick, colorless (until cooked) liquid that surrounds the vibrant yellow yolk of an egg. When chicken eggs are fertilized, the whites act as a protective layer to keep bacteria from harming the developing baby chick. They also provide nutrients to support the growth of the chick embryo.

Nutritionally speaking, egg whites are composed of approximately 90% water and 10% protein. The protein found in egg whites is both high quality and complete, meaning it provides all nine of the essential amino acids you must get from your diet in order for your body to function optimally.

Eating plenty of protein can help increase satiety, meaning you feel full for longer after you eat. It can also support weight loss and help to prevent weight regain. Since whole eggs only provide about 2 more grams of protein for roughly four times the calories, it’s easy to see why egg whites can be such an appealing choice for anyone seeking to lose weight.

Egg whites also contain a peptide that scientists have found can lower blood pressure as effectively as a low dose of a high-blood pressure drug. And egg white calories contribute less than a quarter of the 72 calories in a whole, large egg.

Egg Yolks May Be More Nutritious Than You Think

While egg yolks have long been spurned due to their cholesterol, fat, and saturated fat content, research now shows that the cholesterol in eggs does not cause health problems for most people. The yolk is also where most of the nutrients in eggs come from, such as fat-soluble vitamins and essential fatty acids. A single egg yolk provides 10% of your daily recommended allowance (RDA) for vitamin D, 12% of your RDA for folate, and almost 20% of your RDA for vitamin A! For what it’s worth, those nutrients do come accompanied by the majority of the calories in an egg—55 calories per yolk.

Check out the chart below for more information on key differences between the nutrients contained in an egg white and a whole egg (egg white nutrition facts and whole egg nutrition facts sourced from the United States Department of Agriculture National Nutrient Database). 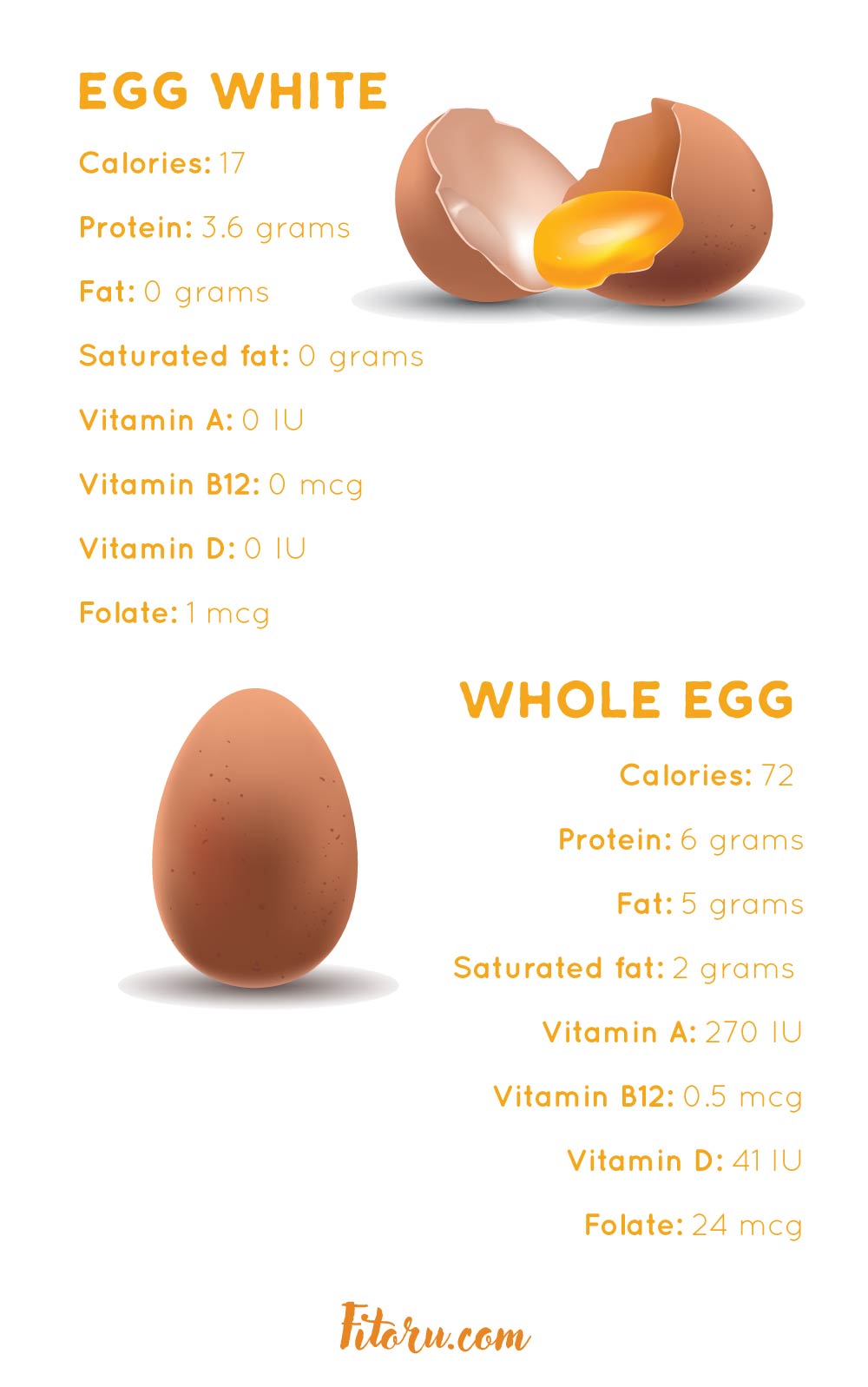 So, How Healthy Is the Egg White?

It’s not so much that egg whites are unhealthy, but rather that eating whole eggs is healthier.

“I say eat the whole egg. An egg white isn’t healthier than a whole egg,” explained Amy Goodson, R.D., a sports dietitian in Dallas, Texas. She hopes people can let go of concerns about the cholesterol and fat content of egg yolks and embrace their nutrient-rich goodness. “The truth is that eating cholesterol does not raise blood levels of cholesterol. The nutrient benefits of the whole egg are far more valuable,” said Goodson.

She did admit that if you have a reason to seriously restrict calories, it can be beneficial to eat just the whites, though doing so means eliminating key vitamins and minerals. And whole eggs definitely count as weight-loss foods too. As Goodson noted, the protein and (gasp!) fat in the yolks stabilize blood sugar and keep you feeling satisfied for hours afterward. Plus, a study published in the International Journal of Obesity found that eating eggs can enhance overall weight loss. So with that in mind, why don’t you treat yourself to these incredibly scrumptious keto bacon and egg bites tomorrow morning? 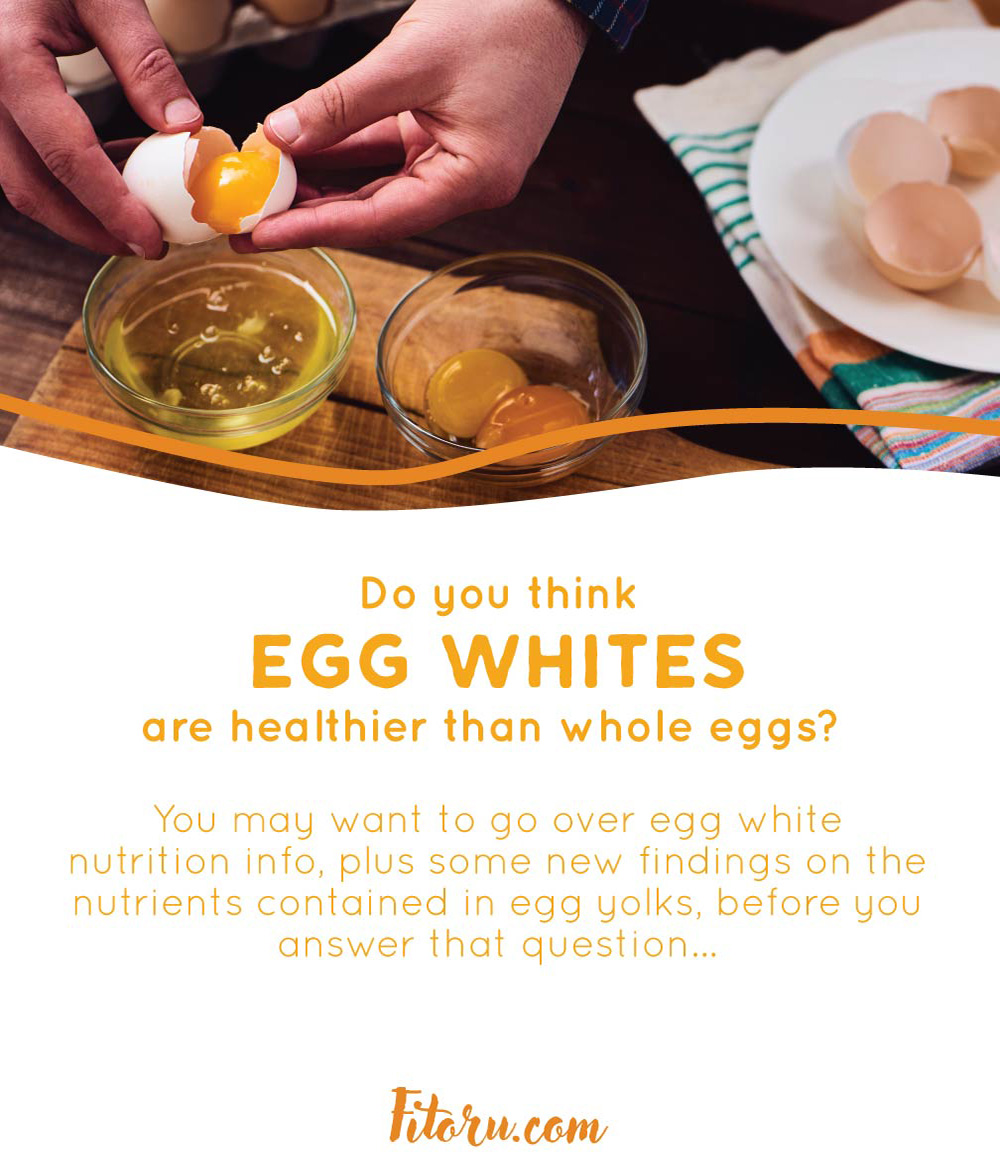 What’s the Best Type of Fasting?

Optimizing Your Nutrition with Intermittent Fastin...

What Is Tallow? Health Benefits, Unexpected Uses a...

How to Stay Hydrated Without Having to Guzzle Wate...

What Is Lazy Keto—and Is It Worth It? Weighing ... 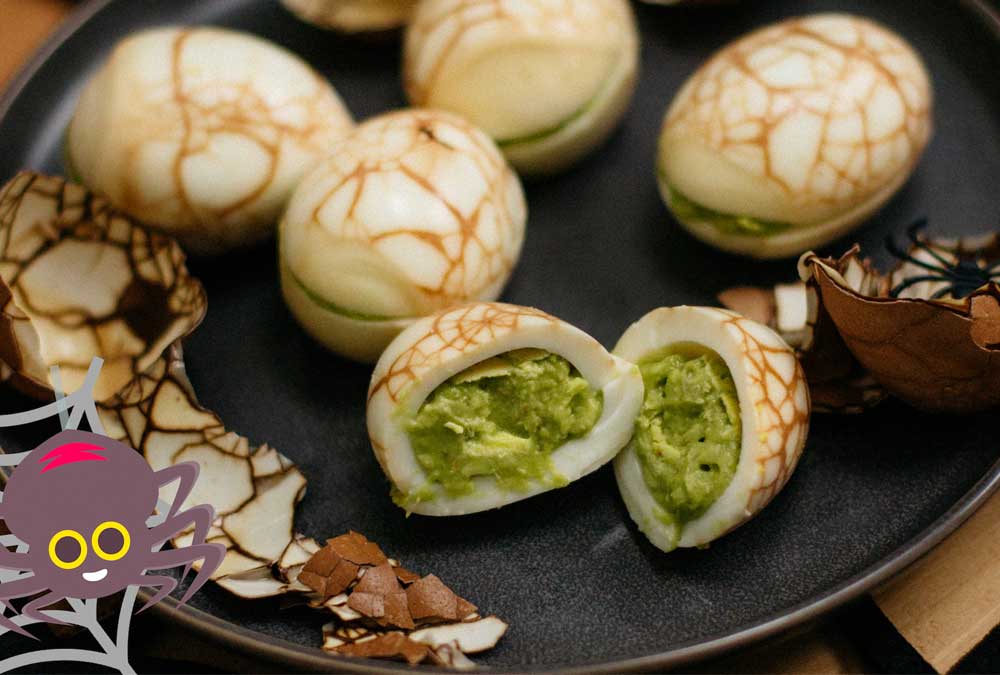 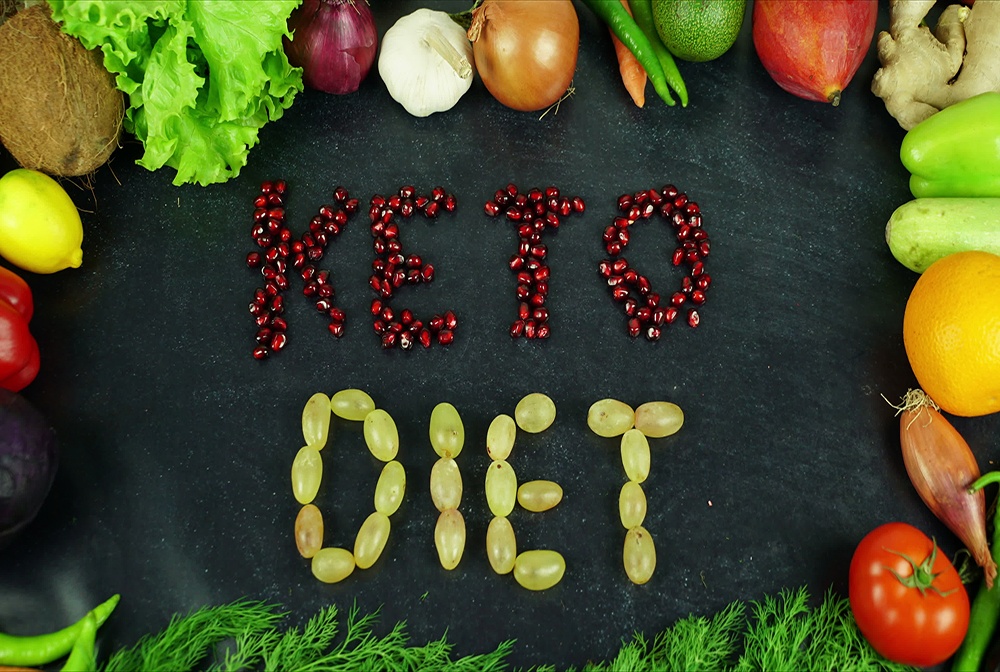 The biggest criticism detractors of the ketogenic diet make is this: E... 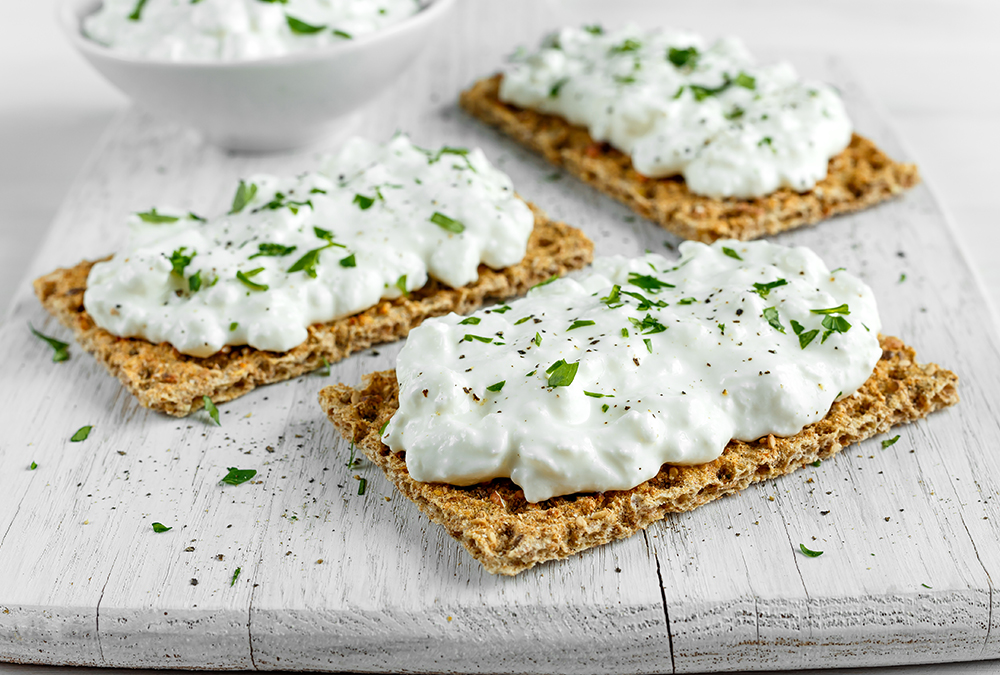 If you're following a ketogenic diet, you know it's about a lot more ...