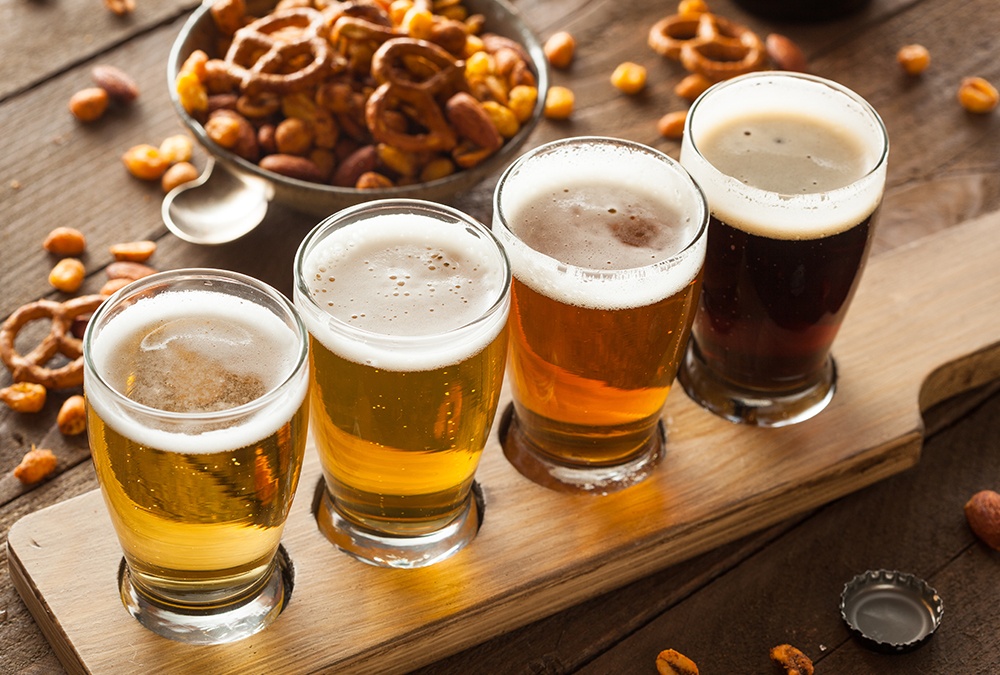 You want to keep a keto diet for a million good reasons: your body becomes a fat-burning weight-loss machine, the ketones that replace glucose (sugar) molecules for energy help boost your brain power, and your metabolic health and blood sugar levels appreciate it. However, the hardest part of keeping a keto diet for many is the idea of long-term abstinence from carbs. That’s why some people prepare for keto cheat days, or why others might utilize a cyclical keto diet that allows them to eat more freely on the weekends and when out to eat with friends. The same thought process goes towards happy hour options: whether you’re invited to a work event or just grabbing a drink with your best friend, your significant other, or your mom, you don’t want to sit there with a lemon water or flavorless seltzer for the rest of your life, right? That brings you to wondering whether there are any good options for keto beer, wine, or mixed drinks. We have the answers.

General Tips for Tippling on Keto

Here are a few general rules to take the guesswork out of happy hour.

If you know you’ve got a date on Friday, or you’re planning a night out on Saturday, you can “bank” carbs during the week to splurge on a few drinks later.

Does this work long term? No, because the carbs you eat on keto should be high-quality carbs that pay you in nutrients and fiber for the sugar cost that they charge. However, saving your carbs every now and then is an effective tactic if once in a while you want to have fun without having to fall out of ketosis to pay for it.

2. Err on the Side of Hard Spirits

Hard, clear alcohols like gin, vodka, and tequila are not only lower in sugar than are dark alcohols (whiskeys and dark rums), but are also far less carb-filled than beers. Mixing clear, hard alcohols with zero-calorie, carb-free mixers like soda water or Zevia means you have even more room to enjoy a few drinks without having to endure keto flu symptoms (read to the end of this article for keto cocktail recipes!).

Using ketone salts, MCT oil, and BHB keto pills and supplements can help you stay in ketosis even when you let too many grams of carbs or sugar into your system. By making sure your body has ketones to access even when the easier fuel source of glucose is available, you lessen the chance that it’ll switch over completely to sugar and then have to be dragged back into ketosis. Also, it turns out the electrolytes in these supplements make for great hangover cures too—a real boon after a night out with alcoholic drinks.

Alcohol is made almost entirely of sugars, carbs, and calories (along with ethyl alcohol), which makes it tough to lose weight without quitting booze, and it definitely gets in the way of a ketogenic diet. Still, just because you eat keto doesn’t mean you necessarily want to be a teetotaler for the rest of your life.

So what are the low-carb keto beer options you have for the occasional night out? Do “light beers” mean they’re low on carb count, or just in calories? Are gluten-free beers a good bet for those on a low-carb diet? Here we have a few top choices for low-carb keto-friendly beers and IPAs you can choose from.

Low in net carbs and survivable in calories, you can have a Michelob Ultra if you’ve stopped in some place and just need something to sip on that is standard enough to find just about anywhere.

Considered the “original light beer” because it was first brewed in 1975, this pilsner is light enough for keto, and you can even do better by ordering Miller Geniune Draft 64 if it’s available—it’s an even lighter option with just 64 calories and 2.4 grams of carbs per serving.

Here’s an IPA you can keep on keto! Usually the more hoppy the beer, the higher carb count it contains, but Lagunitas’ DayTime IPA can bring you the bouquet of flavor and aroma you want, without sabotaging your diet.

While it’s a bit more expensive than your standard light beers, Corona Premier actually has fewer carbs and calories than their own Corona Light (which has 99 calories and twice the amount of carbs at 5 grams).

This craft beer regularly rates highest among taste tests, and while it’s a bit higher in carbs, the superior taste might make it worth your while.

A middling choice as far as its carb count goes, Amstel Light Lager is nevertheless reliable when you’re just looking to imbibe.

Heineken Light still has the familiar taste of the original. If you’re in a bar for the social connections instead of the effects of alcohol content, Heineken 0.0 is a non-alcoholic option that has even fewer calories (69) and carbs (4.8 grams).

This low-calorie, low-carb option is the most affordable (in terms of carbs) on the list. It’s the only Budweiser option that is below 100 calories and still has the same familiar taste.

If your thought of alcoholic beverage veers more towards wine than beer, we have some tips for that too. First of all, unsweetened, dry white wines and red wines are better than flavored options. Second, while these wines are slightly higher in calories than the beer options, they have a much lower carb content, so do your own math when it comes to drinking alcohol and decide where your priorities lie.

Rich, red, and tartly robust, this wine has notes of clove and cedar that can pair well with a dinner date.

Dry and supple with flavors of white peach and white grapefruit, this is a refreshing wine for your palate, though it’s the highest among our chosen wines at a not-so-whopping 1 carb.

A rich and fruity flavor with hints of vanilla, lemon, and apple, this sunny wine made from California grapes has less than 1 gram of carbs.

When you mix your own drinks, you have full control over the calorie, carb, and alcohol content. Check out a few keto cocktail recipes we’ve assembled so you can pre-game before a night out and not have to regret your carb choices in the morning.

This Skinny Frozen Margarita recipe from Paola van der Hulst at the gluten-free and keto community of Gnom-Gnom is refreshing, citrusy, and delicious, without added refined sugars or syrupy sweeteners.

This twist on the classic 1980s cocktail Sex on the Beach by Low Carbology is fruity and tastily made with zero-carb flavored vodka. In fact, it’s so sugar-free it’s dubbed a “diabetic-friendly cocktail.”

This Keto Mojito from Rami Abramov at Tasteaholics has the mint, lime, and white rum of this genteel Southern classic recipe, but it’s sweetened with erythritol instead of sugar to keep you in ketosis.

Your Cup Runneth Over

There you have it: low-carb keto beers, wines, and boozy beverages so you can party guilt-free, and never lose out on fun just because you’re on keto. Drink up!

The New Army Physical Fitness Test: Could You Pass... 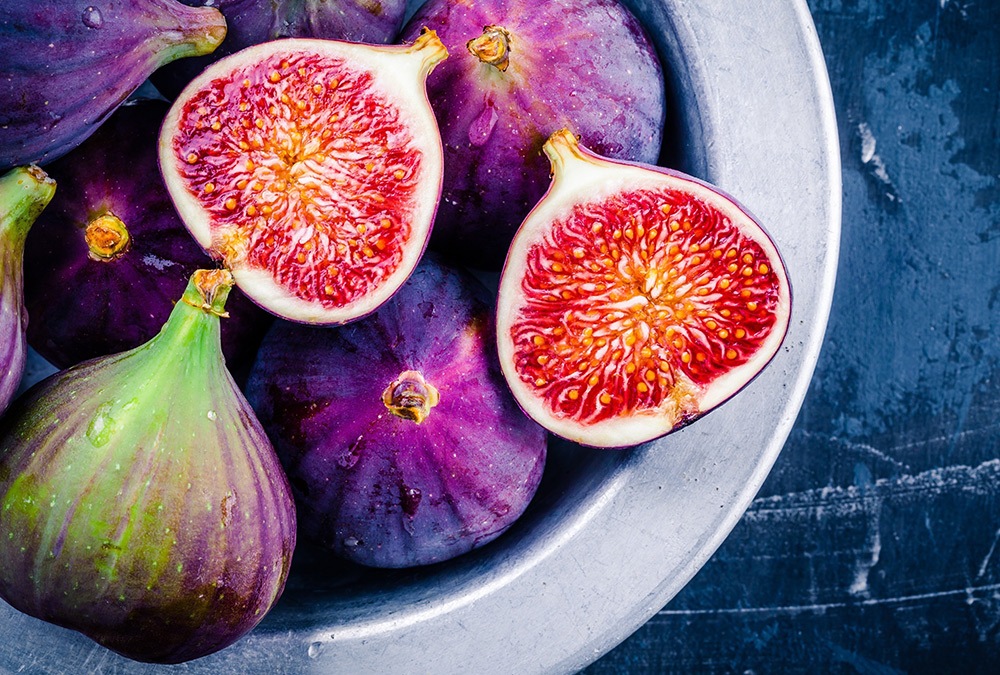 6 Health Benefits of Figs and the Best Fig Recipes

Figs are a fruit with a long-storied past. The fig tree makes several ...

How to Work from Home Without Going Stir Crazy

Some people are made for it. These self-driven, yoga-pants wearing in... 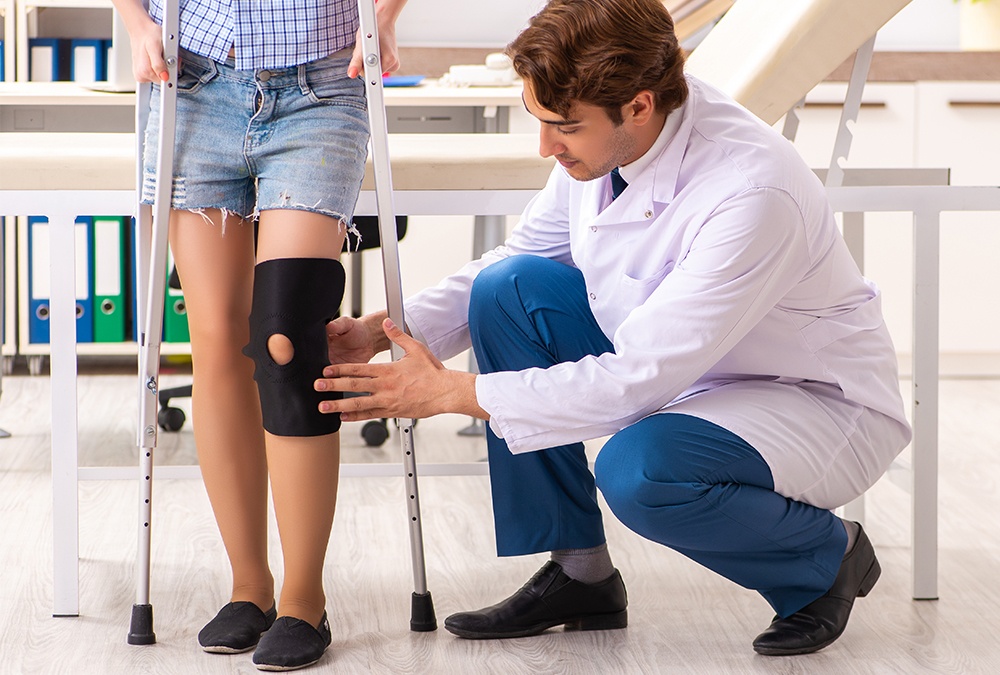 A torn ligament in the knee, like an ACL tear, can be both painful and...