What’s Up with Coconut Oil in Coffee and Should You Be Drinking It? 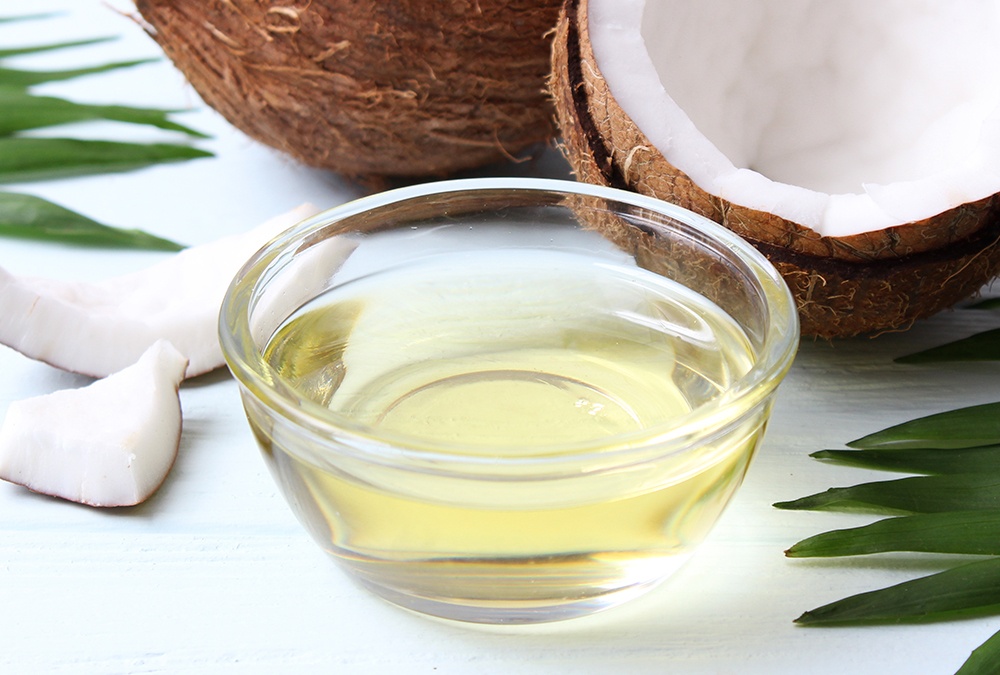 In our social media–driven world, health trends tend to come and go so fast they’re easy to miss if you aren’t paying attention. However, one of the latest health trends actually sprang from the great coconut craze of 2011—and it shows no signs of slowing down. In fact, it only seems to be getting stronger. What are we talking about? Coconut oil in coffee.

In case you’ve managed to miss this latest twist on that most important start to every coffee drinker’s day, that first morning coffee, you’ve come to the right place. Because we’re going to dig into all the ins and outs, pros and cons—in other words, everything you ever wanted to know about coconut oil in coffee and whether you should be adding it to your morning cup of joe.

Around the same time that all things coconut began taking the health world by storm, a concoction known as Bulletproof coffee first arrived on the scene.

Created by entrepreneur Dave Asprey as an “energizing, high-performance drink,” the original bulletproof coffee recipe calls for a blend of coffee, unsalted grass-fed butter or ghee, and MCT oil.

However, as the popularity of this high-fat coffee grew, Bulletproof coffee came to refer to any cup of coffee created using grass-fed butter or ghee and MCT oil or coconut oil, from which MCT oil is derived.

Proponents of coconut oil coffee proclaim it offers a number of health benefits, from improved metabolic rate and energy levels to better brain function and lower risk of heart disease.

But where do these claims come from? Are they even based on fact?

As it turns out, some of the claims surrounding bulletproof coffee and coconut oil in coffee are indeed based in fact. However, some appear to be based on little more than marketing hype and wishful thinking.

So how do you tell the difference?

That’s where we come in.

In this section, we’re going to discuss the health benefits of coconut oil, MCT oil, grass-fed butter, ghee, and our old friend the coffee bean—plus the potential downsides of each.

Pros and Cons of Coconut Oil

Coconut oil has been around for centuries, but it didn’t become hugely popular in health circles until studies began to document the health benefits of its medium-chain fatty acids.

These medium-chain triglycerides, or MCTs, are made up of lauric acid, capric acid, and caprylic acid and are known to promote weight loss by increasing metabolic rate.

When you put all these qualities together, it’s easy to see why coconut oil was widely touted as a healthy fat.

However, coconut oil also contains more saturated fat than butter; in fact, just a tablespoon of coconut oil contains 80% of the recommended daily allowance. And this fact has since prompted some health experts to declare coconut oil not just unhealthy but downright dangerous.

Yet coconut oil, especially organic coconut oil in the form of extra virgin coconut oil, is also rich in phytochemicals that have been found to possess important antioxidant, antimicrobial, and anti-inflammatory properties.

And when you combine these important phytonutrients with coconut oil’s MCTs, most health experts agree that coconut oil can still be a good addition to a healthy diet as long as it’s not used to excess.

In fact, coconut oil has been found in some studies to promote normal blood sugar levels. What’s more, it appears to support digestive system health by encouraging the growth of healthy gut bacteria and may even stave off the negative effects of Alzheimer’s disease.

Pros and Cons of MCT Oil

Just like the name sounds, MCT oil comes from coconut oil. However, while most varieties of coconut oil contain less than 15% total MCTs, MCT oil is all MCTs, all the time.

Although this results in an oil that retains the MCTs capric and caprylic acid, most of coconut oil’s lauric acid is lost in the process. This is because lauric acid is the longest of the medium-chain triglycerides, which means it, too, has a higher melting point and thus gets pulled off with the long-chain fatty acids.

Even so, the consumption of MCT oil is associated with a number of health benefits, including decreased appetite and increased fat metabolism, which may help with weight loss as well as improvements in energy and endurance.

This latter benefit is thought to be due to the fact that MCT oil is easier to digest than regular coconut oil, as the body can digest and assimilate the shorter fatty acids without the help of either bile salts or enzymes. This means MCT oil is almost immediately available as an energy source and is easily converted into ketones, which is one reason it’s a top choice among people following a keto diet.

What’s more, some studies have found that MCT oil can help decrease levels of performance-limiting lactate, which makes MCT oil popular among athletes.

In addition, like coconut oil, studies have found that MCT oil may support heart, brain, and immune system health by helping to maintain healthy weight, cholesterol, and blood sugar as well as levels of healthy gut bacteria. If it’s energy and fat loss you’re after, MCT oil may be your best choice.

Pros and Cons of Grass-Fed Butter

If you grew up about a hundred years ago, chances are grass-fed butter would be the only type of butter that ever crossed your lips. But in this age of agribusiness and factory farms, just about every kind of butter on the market is produced from cows packed tightly into feeding lots and fed high-grain diets.

Aside from the ethical concerns, you may wonder why this is a big deal.

It’s a big deal because cows are ruminants, which means they’re designed specifically for eating grass.

Basically, cows have a four-chambered stomach, where plant matter is broken down mechanically and exposed to bacteria that help break down cellulose. After this phase is completed, the food is then regurgitated, chewed again (the cud chewing part of the process), and processed again mechanically before being fully digested and absorbed.

However, when you throw grains into the mix, cows’ highly evolved stomachs become overwhelmed by all the extra starches. And this leads to a whole host of digestive system issues, like bloating, heartburn, ulcers, and even liver damage.

In the case of butter, a grain-based diet means you end up with a product that’s lower in both vitamins and healthy fats.

By contrast, grass-fed butter is a rich source of the fat-soluble vitamins A, D, E, and K. And it contains 5 times the amount of conjugated linoleic acid (CLA)—a fatty acid with anti-inflammatory and anti-cancer properties—seen in regular butter.

Although grass-fed butter is clearly superior to its grain-fed counterpart, it’s important to remember that it is fat, which means it’s calorie heavy and will negate any weight-loss goals if indulged in too often.

Pros and Cons of Ghee

Ghee is a type of clarified butter that originated in India. It’s created by simmering unsalted butter until the milk solids and liquid fats separate, the milk solids begin to caramelize, and all the moisture evaporates.

In addition, removing the milk solids makes ghee suitable for people who are intolerant to lactose and casein. It also lasts longer than regular butter and maintains a similar nutritional profile.

Yet for all its benefits and its distinctive nutty, caramelized taste, the main drawback with ghee appears to be its flavor profile, as many people find that it doesn’t quite match the depth seen with regular butter.

Pros and Cons of Coffee

Remember the days when coffee was a potentially dangerous beverage that could stunt your growth and give you heart disease?

Thankfully, for those of us in thrall to the almost magical coffee bean, those days appear to be long gone. In fact, far from being a growth stunter and heart killer, coffee is now touted for its many health benefits, including its ability to prevent heart disease.

And that’s not all.

Coffee is made up of more than 1,000 different compounds—an astounding number, to be sure—and its many vitamins, minerals, and phytochemicals have been found in numerous studies to possess a broad range of potential health benefits.

For example, studies have found that coffee can protect the liver from fatty buildup and even help prevent cirrhosis.

What’s more, coffee has been shown to reduce the accumulation of proteins linked to neurodegenerative disorders like Parkinson’s and Alzheimer’s disease.

Coffee has also been found to reduce the risk of type 2 diabetes and various forms of cancer and even protect DNA from damage due to free radicals.

However, those of us who prefer our coffee with all its caffeine intact need to be aware of potential problems too.

For example (as most of us probably know), drinking too much caffeinated coffee is associated with insomnia and jitteriness. In addition, people with a particular type of genetic mutation aren’t able to break down caffeine as quickly, which may actually make them more susceptible to problems like heart disease.

Coconut Oil in Coffee: The Recipe

Now that you’ve got a good idea of the potential benefits (and risks) of drinking coconut oil—and grass-fed butter and ghee—in coffee, you may be a little curious about trying this concoction for yourself.

But the first thing you may be wondering about is the taste.

Interestingly, while the thought of coconut oil and coffee in the same cup together may sound a little weird (to say the least), the truth is that coconut coffee seems to be one of those things that just as many people love as hate.

And a lot of the hate may simply be due to the recipe that’s used.

So to give you the greatest possibility of success, we’ve located a coconut oil coffee recipe that’s sure to please. And, as luck would have it, it just so happens to be based on the original recipe from the makers of Bulletproof coffee.

How to Make Coconut Oil Coffee

And that’s really all there is.

While we certainly can’t guarantee the results you may see by adding coconut oil to your coffee, we can tell you that many people find that drinking coconut oil in coffee gives them more energy than drinking coffee alone. And some also see a decrease in their snacking. And, of course, some people simply like the way coconut oil and coffee taste when they come together in the same cup.

Is a Fitness Bootcamp Right for Me?

What Is a FODMAP and Low FODMAP Diet Benefits

How to Start a Keto Diet: 10 Pro Tips

What Not to Do on the Keto Diet 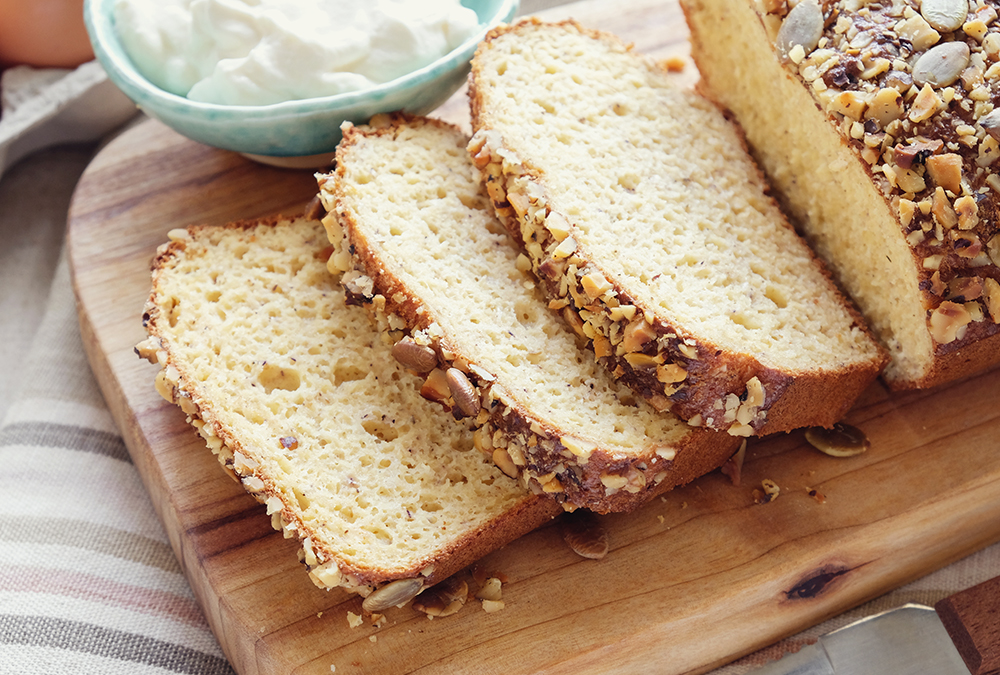 Yes, there is such a thing as keto-friendly bread! We have the detail... 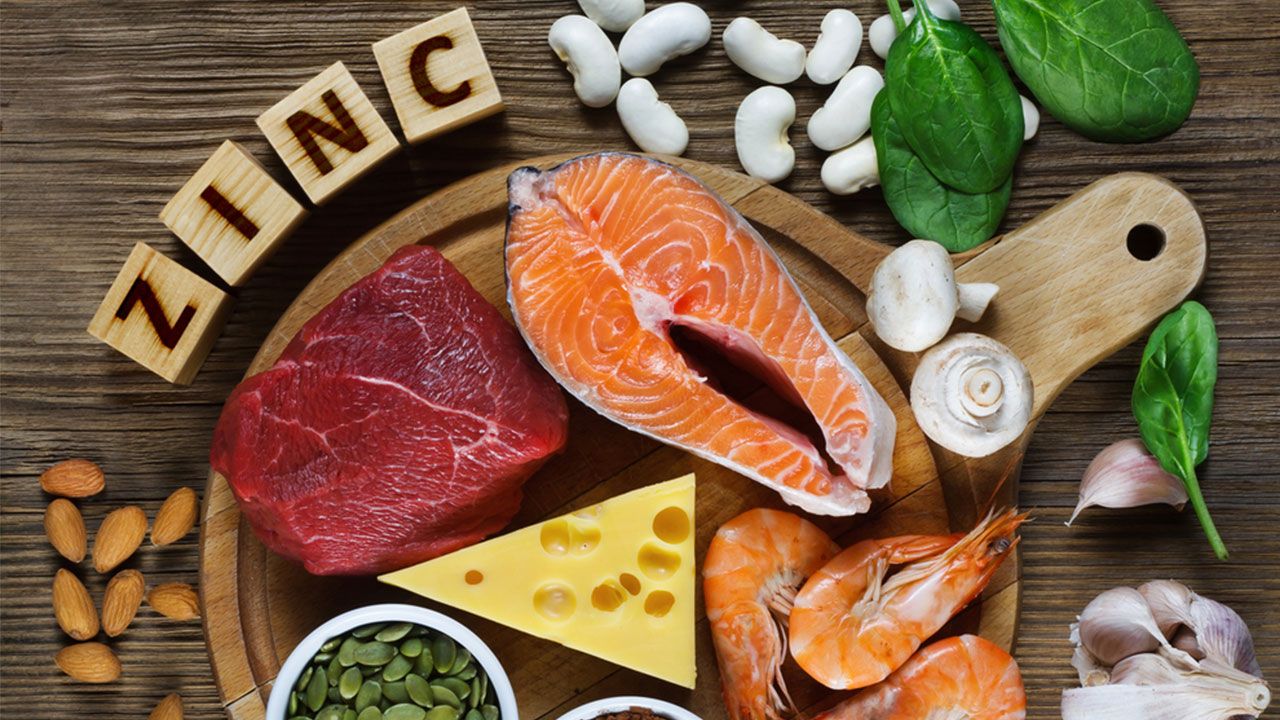 If you're wondering which foods are high in zinc, this article will he... 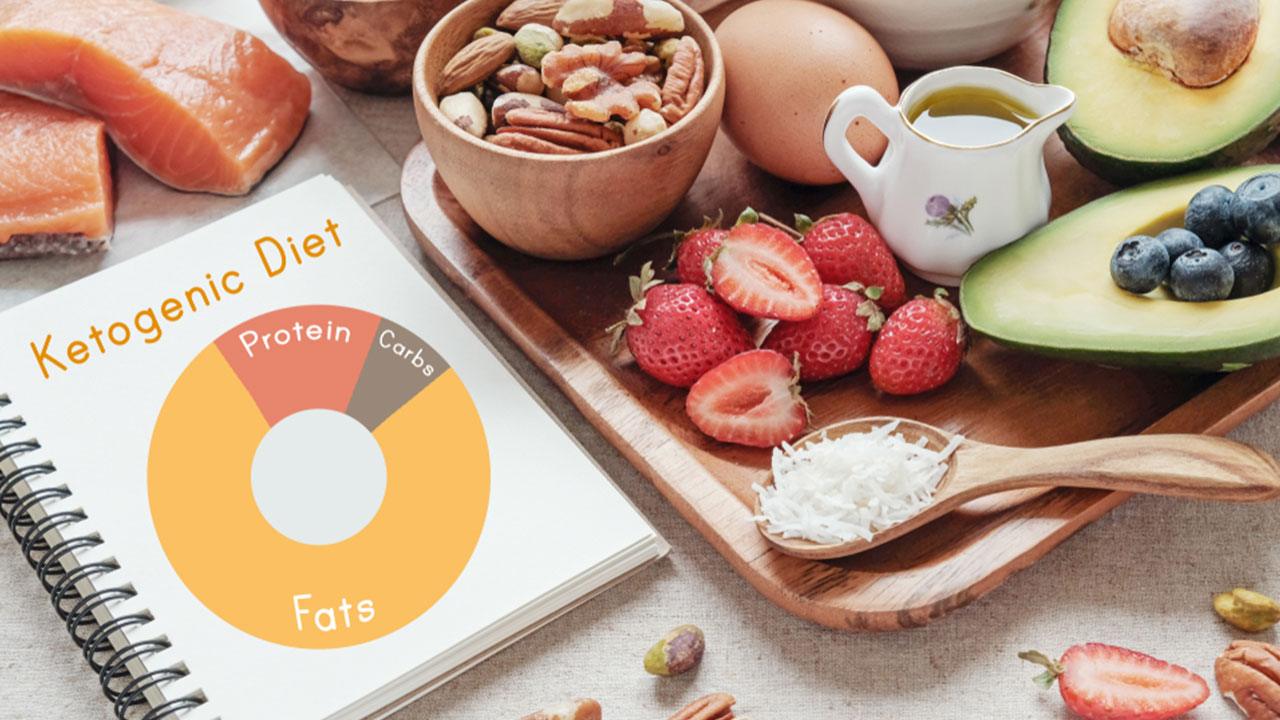 Healthy Fats for Keto (And Which Fats to Avoid)

Here to find healthy fats for keto? That's good, because when it comes...