Are Carbohydrates Killing Us? 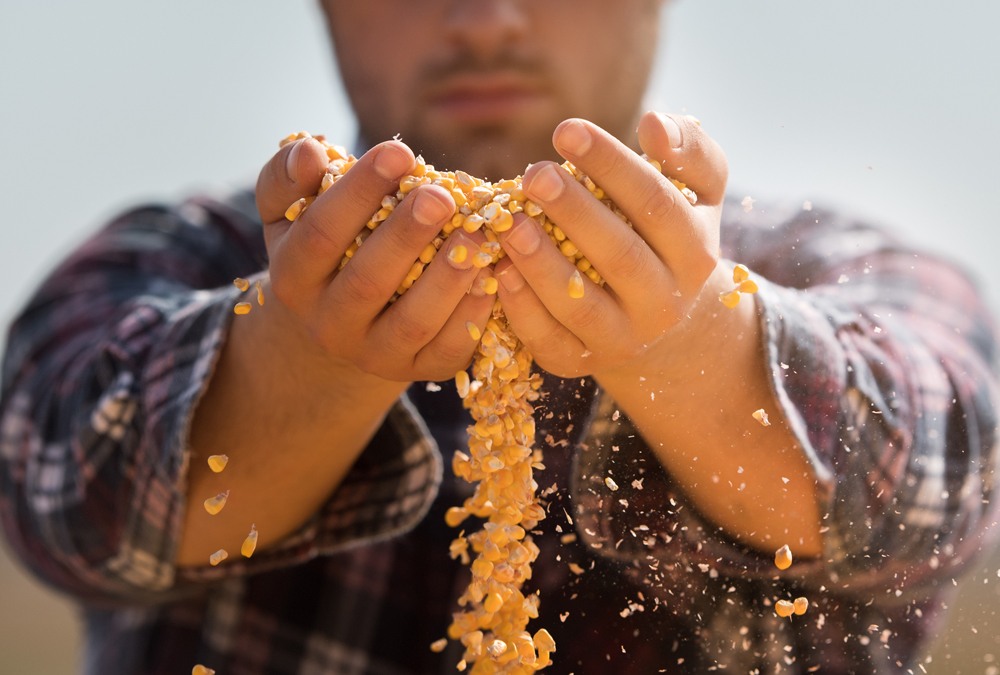 Once upon a time, doctors and dieticians recommended a low-fat diet as the best way to lose weight and get fit. The belief was that the saturated fats found in red meat and butter led to a host of negative health effects, including heart disease. In the 1980s and 90s, this belief spurred an entire movement centered around low-fat eating—remember Snack Well’s, anyone?

While no one is saying that Americans aren’t eating enough butter, more recent research shows that fat might not be the villain we once believed. On the contrary, a 2018 Washington Times piece suggests that the real enemy might be carbohydrates. The article goes on to suggest that previous research about fat and heart disease is outdated and faulty and that Americans need to reevaluate their attitudes toward food.

What the Research Says

It’s no secret that heart disease is a serious problem in the U.S. In fact, 1 in 4 deaths in this country results from cardiovascular disease. The issue is even more common among adults with type 2 diabetes and other pre-existing conditions. While past studies have suggested that consuming too much fat and dietary cholesterol increases people’s heart attack risk, scientists today suspect that this research may be flawed. For example, a 1961 report by the American Heart Association revealing a correlation between fatty diets and heart problems failed to include a clinical trial. And trials conducted by the National Institutes of Health contained inherent flaws. 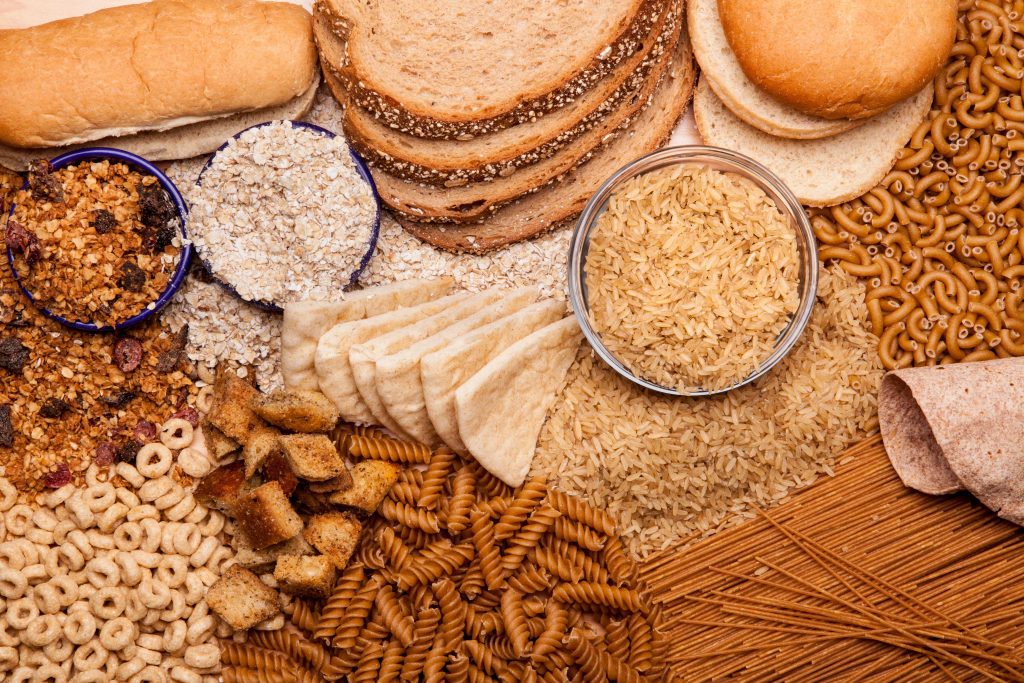 Moreover, recent studies have focused on the damaging effect of carbohydrates. Research has linked refined carbs in particular with an increased risk of obesity, heart disease, and diabetes.

Additionally, an article published on the Harvard website revealed that choosing low-carb and Mediterranean-style diets over those that are low in fat resulted in improved weight loss and maintenance.

People often think of carbohydrates as being harmful to your health. However, that’s largely because, when people talk about eating carbs, they imagine foods like donuts, bagels, cookies, and cake. These simple carbs enter the bloodstream immediately, resulting in a blood sugar spike. In this sense, simple carbs are no different from sugar. When we overindulge in simple carbs, we put ourselves at risk for an array of negative health effects, including inflammation, heart disease, and even cancer. Additionally, eating too many refined carbs can lead to weight gain due to the frequent spikes and drops in blood sugar.

It’s important to note that complex carbs have an entirely different effect on the body. Featuring longer chains of carbon, these carbs are broken down more slowly. As a result, the bloodstream doesn’t get an immediate influx of sugar. Complex carbs that are beneficial to our health include milk, whole grains, fruits, and veggies.

Clearly, consuming a healthy diet means including at least some amount of carbohydrates. The key is to be mindful of the types of carbs we’re eating and evaluate what portion of your diet should be composed of carbs, protein, and fat respectively. 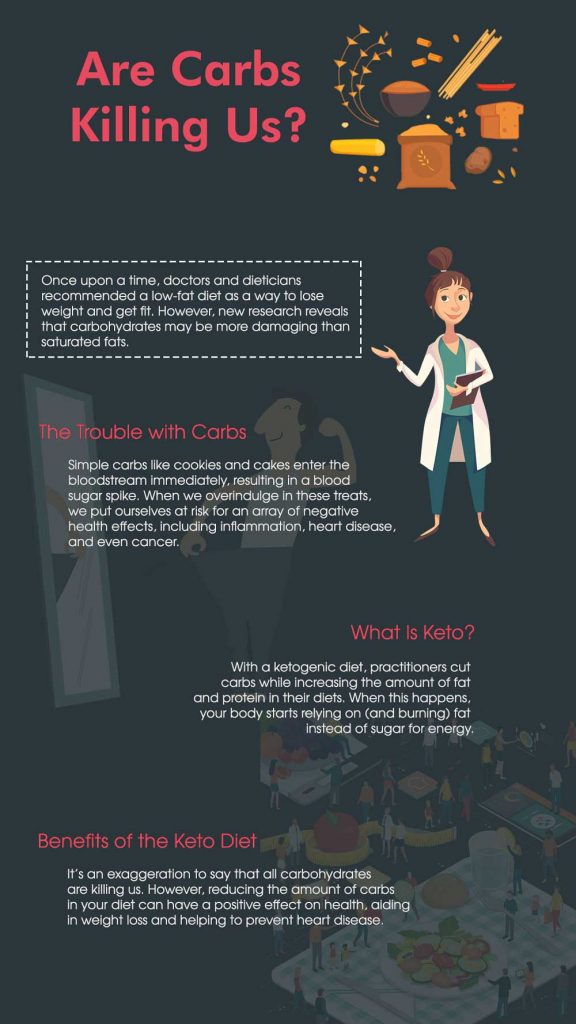 It’s an exaggeration to say that all carbohydrates are killing us. However, reducing the amount of carbs in your diet can have a positive effect on health. If you’re trying to lose weight and get fit, you might want to consider the keto diet as an alternative to low-fat eating.

With a ketogenic diet, practitioners cut carbs while increasing the amount of fat and protein in their diets. By reducing carbohydrates, you can encourage the body to break down dietary and body fat into ketones. When this happens, your body starts relying on (and burning) fat instead of sugar for energy. Most people on a keto diet limit their net carbs to about 20 per day. Not only do studies show that keto can aid in weight loss, but they also reveal that the eating plan results in lower HDL cholesterol and reduced blood sugar levels.

Following a keto diet can also mean enjoying more energy in your daily life. When you’re no longer relying on sugar for energy, you won’t experience that familiar 3 pm crash. Additionally, studies show that people on keto tend to suffer fewer hunger pangs overall throughout the day.

How to Use a Keto Macro Calculator to Determine Yo...

How to Get the Most from Protein Coffee…and ... 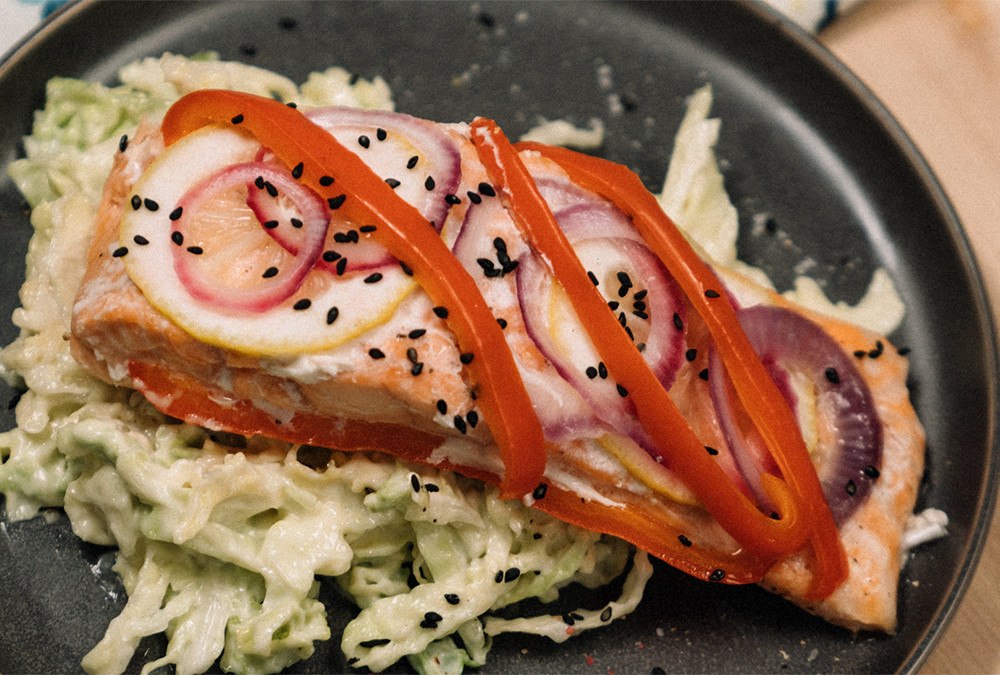 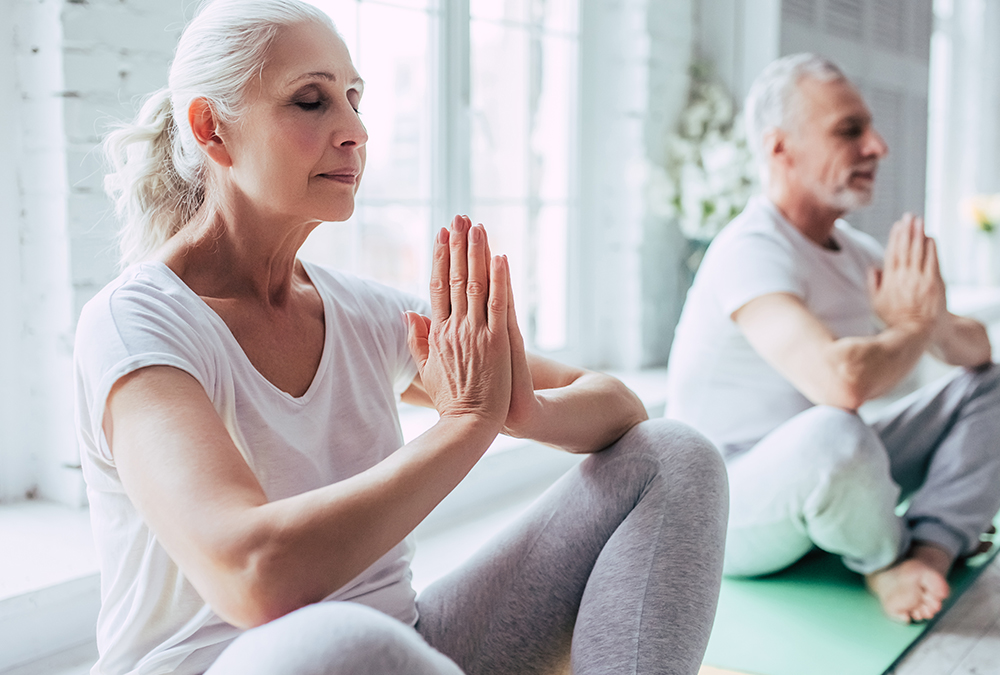 Fitness for Older Adults Doesn’t Have to Be Hard

There’s a beauty and grace to growing older. We’re blessed with g... 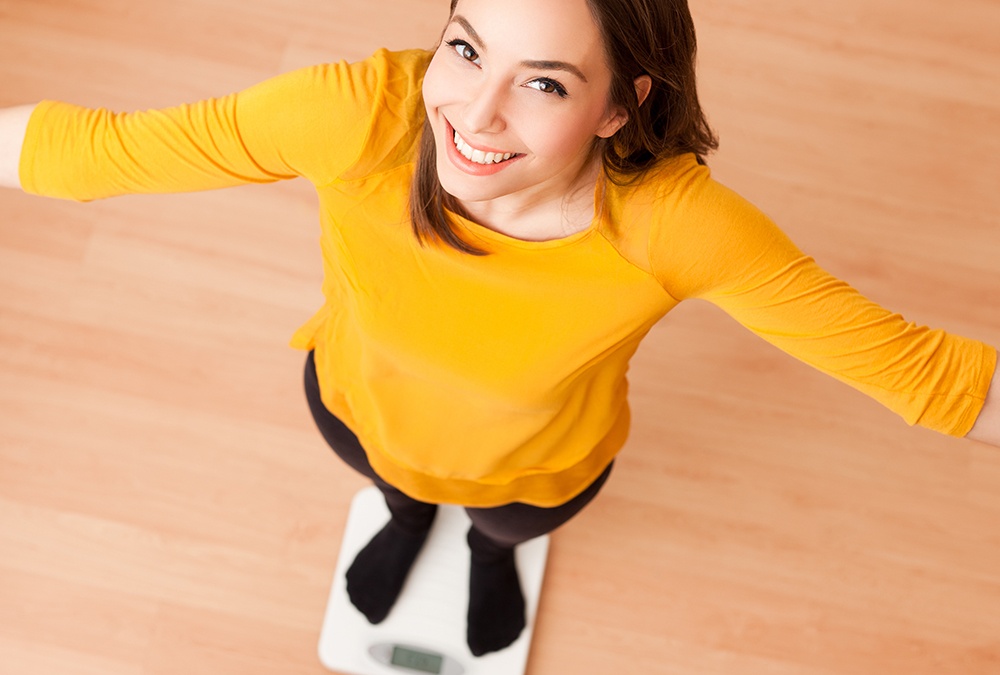 When you're looking to lose weight quickly, there's a lot of advice ou...